European gathering of schools of evangelisation in England 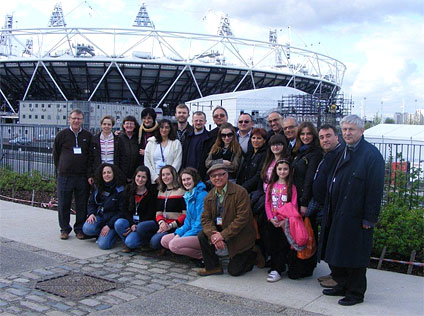 Representatives from countries across Europe met in England recently for the twenty-third meeting of the European Association of Catholic Schools of Evangelisation.

Twenty-two delegates from nine countries were in attendance for the meeting which took place between 26 – 29 April. The gathering was hosted by the Sion Catholic Community for Evangelism in Brentwood.

The Director of the meeting, Albert Galea, from Malta, said:

“It was a very exciting gathering which encouraged everyone in their efforts to continue to support the work of Catholic evangelisation. We discussed the opportunity presented by the Year of Faith and also the creation of the new Council for promoting the New Evangelisation. Gatherings such are these are essential to learn from each other, pray together and enjoy a time of fellowship.”

The countries represented were: Croatia, Slovakia, Poland, Czechoslovakia, England and Wales, Malta, Germany, Ireland and Portugal. Among the speakers was Michelle Moran from the Sion Community and Clare Ward from the Home Mission Desk, Catholic Bishops’ Conference of England and Wales.

The theme of the event was “Opening the door of faith”. Some of the programme was dedicated to the opportunities presented ahead of the London Olympic Games, specifically the Joshua Camp, which will equip and support up to 600 people for outreach and service.