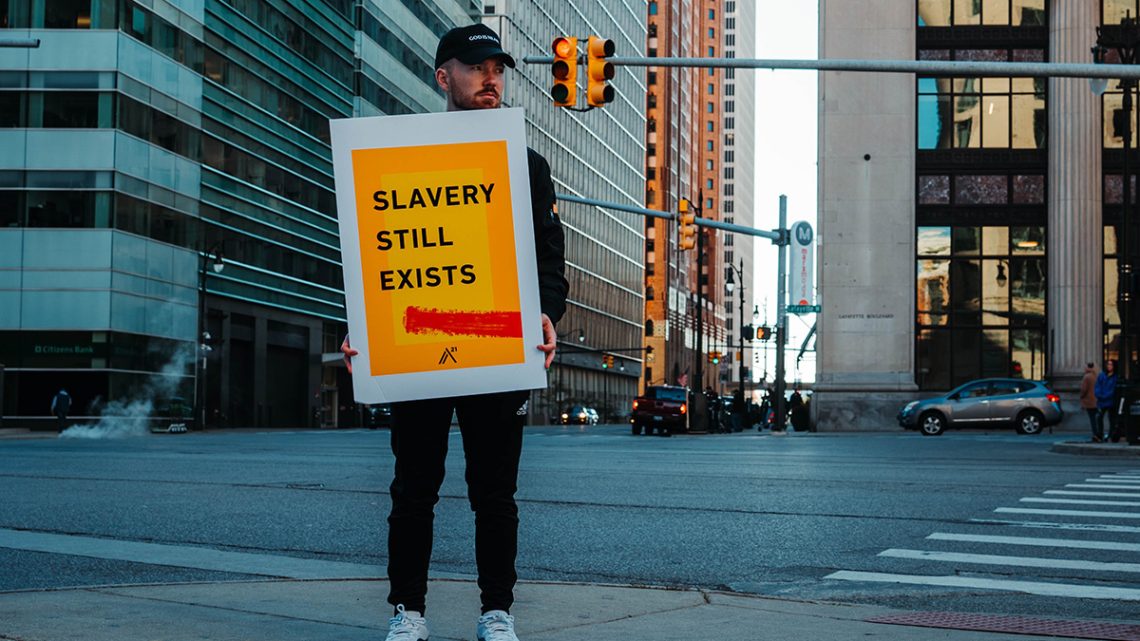 The Santa Marta Group, an initiative of the Catholic Church to combat modern slavery and human trafficking, is supporting the creation of networked regional hubs around the world to act as a catalyst for action.

The European hub, Santa Marta Europe, is hosting the conference titled, How can we succeed? Human Trafficking and Labour exploitation. Its aim is to develop an action plan to take forward the call of Pope Francis to eradicate modern slavery.

With Church, law enforcement and other government representatives from across the continent, the conference opened on the feast day of St Josephine Bakhita, the patron saint of the Santa Marta Group who was enslaved as a young girl, suffered for 12 years before becoming a nun and dedicating her life to Christ.

Pope Francis has dedicated St Bakhita’s feast day as a worldwide day of prayer for the victims of trafficking and modern slavery.

Speaking at a Press Conference ahead of the two-day virtual meeting, Santa Marta Group President, Cardinal Vincent Nichols, pointed out some stark facts:

“The evil on which we are focussing is widespread and deeply tragic. Over 200 years after the abolition of slavery there are almost three times as many people in servitude in the world today than at the peak of the Trans-Atlantic slave trade. The total is impossible to know, but it must be in the region of 40 million people. Criminal profits from this evil trade exceed $150 billion a year. This is one of the most lucrative and high-profile crimes in the world.”

The action plan, as well as creating and supporting regional hubs, aims to build trust and co-operation between Church, law enforcement and other civic groups in combatting the scourge of human trafficking.

I am pleased to greet you all and to welcome you to this Press Conference at the opening of this Conference with its title ‘Eradication of Modern Slavery – How can we succeed?’

In doing so I first of all express my thanks to Archbishop De Stefan Hesse, President of the Migrants Commission of the German Bishops’ Conference. Our Conference today and tomorrow is the fruit of much careful planning and cooperation for which I am deeply grateful.

My gratitude is profound mainly because the evil on which we are focussing is widespread and deeply tragic. Over 200 years after the abolition of slavery there are almost three times as many people in servitude in the world today than at the peak of the Trans-Atlantic slave trade. The total is impossible to know, but it must be in the region of 40 million people. Criminal profits from this evil trade exceeds $150 billion a year. This is one of the most lucrative and high-profile crimes in the world.

It is my privilege to be President of the Santa Marta Group, an initiative of the Catholic Church in this fight against modern slavery. Indeed, for Pope Francis, this work is a priority: the eradication of modern slavery and the pastoral care of victims. The Santa Marta Group was born out of the conviction that bringing together decision-makers, building partnership and cooperation, particularly between law-enforcement and the resources of the Church, brings huge benefits in fighting this crime and caring for its victims. This is particularly true of the role and contribution of religious women.

The Santa Marta Group first met in Rome in April 2014. Its charter and title is taken from the name of the residence of Pope Francis and he gave his full support to this initiative and maintains a current interest in its progress.

The Group tries to be a catalyst for this work, bringing people together, building trust for partnerships in regional action hubs, highlighting good practice and encouraging shared resources and activities. The Group now has working contacts in 25 countries.

Thus far Santa Marta has been supporting this work in South East Asia through its 27 Bishops’ Conferences, in Nigeria, in Argentina and South America, in the UK and Ireland, in the US, with partnerships with universities for research projects, supporting awareness raising and new legal frameworks including the UN Sustainable Development Goal 8.7 which is a commitment for the eradication of modern slavery.

Wound in the Body of Christ

In the eyes of Pope Francis, modern slavery is not only a grievous wound in the body of humanity, causing untold suffering and misery, but also a wound in the Body of Christ. For this reason the perspectives of our faith are of crucial importance to this work. In the light of faith we recognise the inalienable dignity of every human being, arising not from the actions of governments or world assemblies, but from the Creator, in whose image and likeness every woman and man is made. It is the defence of this dignity, the promotion of its consequences that lies at the heart of this constant battle and gives priority to the needs of its victims.

It is a battle that at this present time is being lost. The effects of this world-wide pandemic has increased many times the vulnerability of millions of people who thereby become ready targets for the traffickers. This Conference, then, comes at a crucial time in our history as we emerge from this pandemic, chastened, aware of weakness and systematic factures, and realising that partnerships of so many types are essential for our mutual well-being and certainly for our responsibilities towards the most vulnerable.

This Conference comes on a most important day: the feast of St Josephine Bakhita, the Sudanese child, taken into slavery at the age of eight, forcibly converted to Islam and emerging only twelve years later, bearing over 114 scars deliberately cut into her body. She is our patron saint not only because of her experience, but because of her witness to Christ. When she was released, she settled in a Convent in Venice, where she grew to faithful discipleship of Jesus. In her old age, she was asked what she would do if she met her captors and torturers. She said, “I would kneel and kiss their hands because through them I came to know and love Christ and have been able to give my life to him.”

May she protect, support and guide our work today. 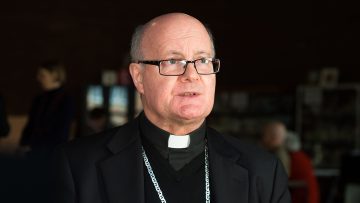