An alliance of Christian denominations and agencies are calling on churches to take part in the first ever prayer day for toddler groups on 5 June 2011.

The group is called 1277 and aims to encourage Christians to pray for those that attend and help out at their church toddler group and to celebrate the valuable work they are doing. They are also suggesting churches seek ways to better resource and incorporate toddler groups into their life and mission. Sunday 5 June has been chosen as it is the last day of National Family Week.

Why is the alliance called 1277? It’s name is taken from the average number of days between a child’s birth and the start of formal education.

Marriage & Family Life Project Officer at the Bishops’ Conference, Elizabeth Davies has been liaising with 1277 as part of the bishops’ Passing on the Faith initiative. “Toddler groups provide parishes with a fantastic opportunity to support families in that critical period post-baptism and pre-school, when so much can usefully be offered to them, not least an opportunity to make friends with other parents, grandparents and children,” she said. “The Project Office has been delighted to support the work of 1277 and would love to connect with anyone involved in toddler groups through our Facebook Catholic Toddler Groups page.”

Organisations supporting 1277, named after the average number of days between a child’s birth and the start of formal education, include the Church of England, the Marriage & Family Life Project Office of the Catholic Bishops’ Conference of England and Wales, The Methodist Church, The United Reformed Church, Baptist Union of Great Britain, Scripture Union, Mother’s Union, Care for the Family and the Salvation Army. The vision of the alliance is to enable ‘universal access to distinctive, excellent, safe, Christian toddler groups which are demonstrating God’s love at the heart of their communities’.

In the UK there are an estimated 27,000 church based toddler groups which, through an army of committed volunteers, provide support and care to over 50% of the nations preschoolers and their carers. They are supported by volunteer toddler group leaders making it by far the largest provider of support and care for young families.

Head of Mission for the Baptist Union of Great Britain, the Revd Ian Bunce said, “We encourage churches to commission and pray for toddler group volunteers seeking ways to build on the excellent mission that is being done through toddler groups and.”

“For many of those who attend toddler groups this is the only contact they have with Christianity and faith,” said Alison Dayer, Under Fives Consultant at Scripture Union. “For some, toddler groups are an oasis of welcome and support that is sadly missing in many parts of our society. It really is mission on the frontline.”

The Marriage and Family Life Project Office hosted intern Katie Petrik from the University of Notre Dame during January-April 2011 to research the value of toddler groups and the experience of Catholic toddler group leaders as part of the Passing on the Faith initiative.

A downloadable poster, prayer pointers and other resources are available at www.scriptureunion.org.uk/toddlerprayerday

Care for the Family / Playtime

Who Let The Dads Out? 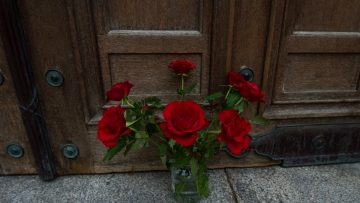