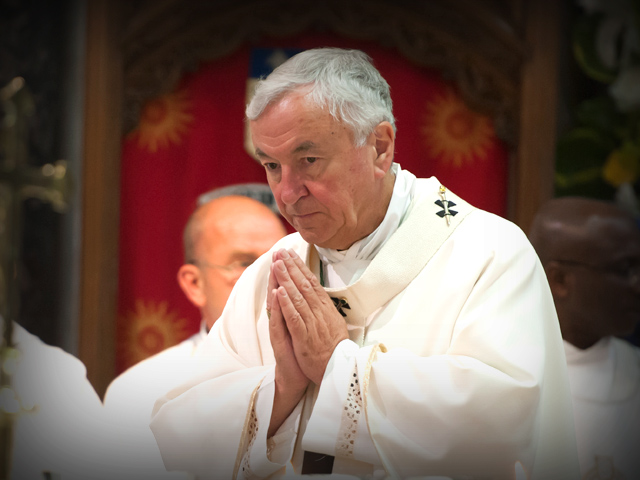 The President of the Bishops’ Conference, Archbishop Vincent Nichols, has called on ‘people of every faith’ to take up Pope Francis’ call for a day of prayer and fasting on 7 September for peace in Syria.

“Pope Francis has asked that 7 September be kept as a day of prayer and fasting for peace in Syria. I hope that in response to the daily reports of violence and suffering caused by the conflict, people of every faith take up this prayer.

“As the crucial debate about Syria continues across many capitals, it is important that we do not lose sight of the fundamental imperative of bringing this bitter and catastrophic civil war to an end, by peaceful means, as soon as possible. This is the criterion against which all actions must be judged.

“The deaths, destruction, suffering and hardship inflicted on the people of Syria multiply day by day. Among the most grotesque and illegal acts are the uses of chemical weapons. This war must be brought to an end. This is the key and primary challenge facing international and regional leaders and the United Nations.

“The G20 Summit in St Petersburg later this week is surely a crucial opportunity for leaders of the key nations to strengthen their resolve and actions to bring the conflicting parties to negotiations. To allow this Summit to pass without a concerted effort towards this objective would be shameful.

“We reflect today upon the horrific accounts of human suffering and call upon a redoubling of efforts towards humanitarian assistance. We must respond effectively to this need. The fate of millions, Christians and Muslims alike, depends upon the effectiveness of our actions.”