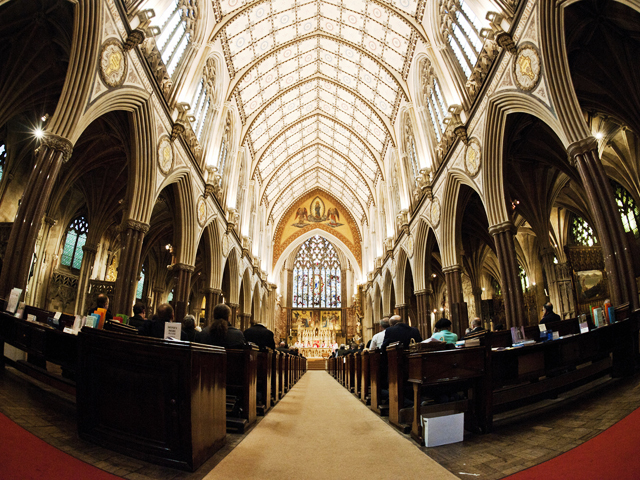 The Anglican Diocese of London has chosen to include three Catholic churches from the Catholic Diocese of Westminster in a booklet entitled Faith Walks which has been prepared for visitors to London during the Games.  This inclusion demonstrates practically the vibrant ecumenical spirit that exists between Anglicans and Catholics in the capital city, and is partly as a result of the churches’ three-year intimate partnership within the umbrella Christian charity for the Games, More Than Gold.

The three Catholic churches featured are

There are six walking tours around London in total in the booklet with one Catholic church represented in three of the faith walks.

The Rt Rev and Rt Hon Richard Chartres, Bishop of London, says of the faith walks:

Elizabeth Harrison, London diocese’s Olympic Mobiliser, describes the content of the booklet as “iconic churches of the English Baroque to the confident new architecture of the industrial era, all exhibiting a striking variety of styles. Through their history they record the life of the changing communities of the capital, whether in Chelsea or Spitalfields. Catholics may particularly enjoy visiting St Patrick’s, The Immaculate Conception, or the Church of Our Lady.”

James Parker, Catholic Executive Coordinator for the 2012 Games, said of the booklet:

“Faith Walks offers an inviting way for visitors as well as locals to get some exercise while unearthing London. The capital’s streets will be awash with festivities. This idea provides crowds with an escape to oases of calm, an opportunity to enjoy beautiful art and design, and a possible moment of spiritual refreshment within houses of prayer.”

Over forty buildings are included in the booklet and each walking route links one of six Olympic venues to central London on a 3 to 4 mile trail. Entrance to each church is free, with illustrated booklets of the walks available at participating churches. Information about the walks will also be available at Westminster Cathedral.

For more details, or for free downloads, visit london.anglican.org/walking-routes