Cardinal to young people: “Suffering is not the end of the story” 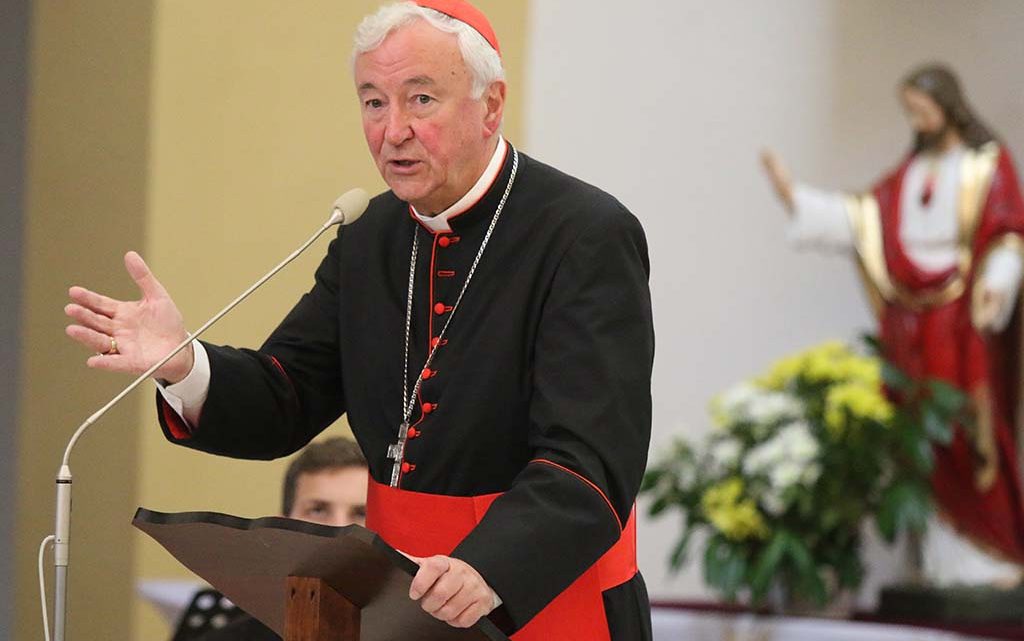 Cardinal Vincent Nichols, President of the Bishops’ Conference, gave a homily in Krakow on Wednesday evening, 27 July, in which he encouraged Westminster Diocese’s World Youth Day pilgrims to explore what the mystery of Christ gives to them as “builders of a better world”.

Cardinal Vincent gave the homily at Mass celebrated in the Church of the Good Shepherd.

Now I want to explore that phrase in the light of what happened in Rouen, northern France, on Tuesday when a priest was killed.

It’s hard to take in – hard to understand – but he’d just finished Mass when two young men with knives took him and brought him back into the church and made him kneel in front of the altar and started raving at people. After a while, there were a few sisters and a few parishioners there and one or two escaped and called the police. But not before they had killed the priest and badly injured one of the sisters.

In light of that, we want to explore what the depth of the mystery of Christ really means.

It’s hard to understand why people do those things. It’s born of a fanaticism but it makes us stop and ask questions about our world and about ourselves. It makes me ask the question, ‘Would I be ready for that?’

These two boys were 19 years of age – your age. But they got themselves so mixed up as to do this. The media in England today is asking, ‘What about security in our churches?’ The police say there is no known threat at all against any church, any centre of religion in England. But my answer to the media has been, ‘Look, I’m in Krakow, I’m talking to young people. I want to say to them that they’re the ones who build the world of the future.’ You’re the ones who will be the builders of what is going to come. What I want to explore with you is what the mystery of Christ gives to you as the builders of a better world. Understand the depth in the mystery of Christ.

I’ll tell you three things that this mystery means to me – and I hope it can mean the same to you. I hope this World Youth Day will really give you a chance to explore these things in depth.

That means that the faith that you and I try to live by, which maybe we inherited from our parents, is something imposed on us from the outside. It’s not like putting on a coat that we haven’t chosen or doesn’t fit. Faith flows from within us because the deepest part of ourselves is made of Christ, made by him. We exist because he is the Word through whom we were called into existence. So he is the deepest reality of who I am. My deepest longing, the finest beauty in me, the most exhilarating creativity in me. The best things I do flow from that spark of God within me.

So when I sit and wonder, and maybe when you sit and wonder, ‘Who am I?’, ‘What am I doing here in Krakow?’, ‘Why do these things happen?’ We have to be ready, always, to come back to that deepest part of ourselves and say yes, Christ has called me here, into existence, to this place, to be a Cardinal, to be a teacher, to be whatever. We’ve got to keep hold of that because if that call, the very heart of our being, if that core is empty, then all sorts of things will fill it, and that won’t all be good.

You know that there are strong voices around that want to say the opposite. They want to create division, create opposition, create hatred, create strife. They use the word ‘foreigners’ often. Don’t give those voices any space. We belong together. We are of the same stock, the same eternal word brought us to life. Or to put it simply; we are brothers and sisters.

I want you to understand the depth of the mystery of Christ. So this means that we have a duty of care to one another. But it has to be a care that nurtures and nourishes people. It’s not a care of being a soft touch, of just saying ‘yes, yes, come on’, but a care that is really effective. That means our response to those in need has got to be generous but structured. It’s got to be consistent and it’s got to be helpful – not an empty gesture. In other words, our care has got to be smart, it’s got to be tough, and it’s got to be loving because it’s got to make a difference, and not just make us feel better.

Some of you will remember the Gospel from last Sunday of Martha and Mary. Martha’s doing all this work around the house because Jesus has come and Mary’s just sitting there listening to him. As an interesting angle, in the Gospel story Jesus is travelling to Jerusalem, in St Luke’s Gospel, and this is the journey of his life – to go and do what his father wants. He’s getting hassled all the way, he’s chosen the Twelve, he’s met a clever lawyer who’s tried to trip him up, and he takes this little side step and goes to his friends’ house – Mary, Martha and Lazarus. He goes there just for a bit of peace and quiet. Now Mary and Martha both love him. But Mary gets her help right, Martha gets her help wrong because he wants, he needs, some peace. She wants to make a big fuss of him and make a big dinner and he says, ‘no’, the better part now is if we sit quietly together. So our help, whether it’s for migrants, refugees, neighbours; it’s got to be the right shape, it’s got to genuinely help. So please, during these days, try to understand the depth of the mystery of Christ.

Now the third thing, and the last, Fr Jacques suffered a cruel death. Many before him have suffered cruel deaths. I don’t know whether any of you have heard of a film called ‘Of Gods and Men’. It’s an astonishing film, a film of a Benedictine community in Algeria who worked with the local Muslim people and eventually they were all killed by al Qaeda in those days. But they stayed, and the film tells the story of their agonising decision as to whether they would leave their monastery because the danger was getting close. They all decided, one by one, that they would stay because this is where there was peace and these are the people we’ve grown to love. They were all killed and they made their choice.

So suffering is not the end of the story and, indeed, St Paul said to us this evening, ‘Do not be discouraged because of my suffering for you.’ And Fr Jacques, I am quite sure, was 85 years old. He didn’t want to retire, he wanted to carry on. He was simply a faithful and loving priest, and he would say, ‘Do not be discouraged because of my suffering for you.’ In other words, we do not get thrown off balance, we don’t lose our sense of purpose, we don’t lose our direction because of suffering. We know that we do not answer violence with violence; it doesn’t work. We understand the use of force at times, measured, legal, disciplined, but never violence. Whether it’s hidden in a home or in a police cell or on the streets, violence is never an answer. So we say no to violence because Jesus, on the Cross, absorbs the violence of our world and it makes it an offering to his Father, as did Fr Jacques yesterday. 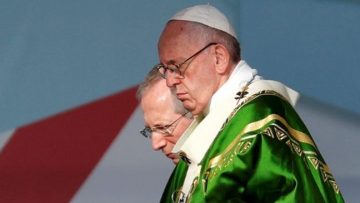 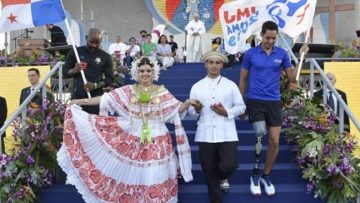 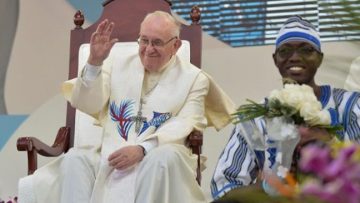