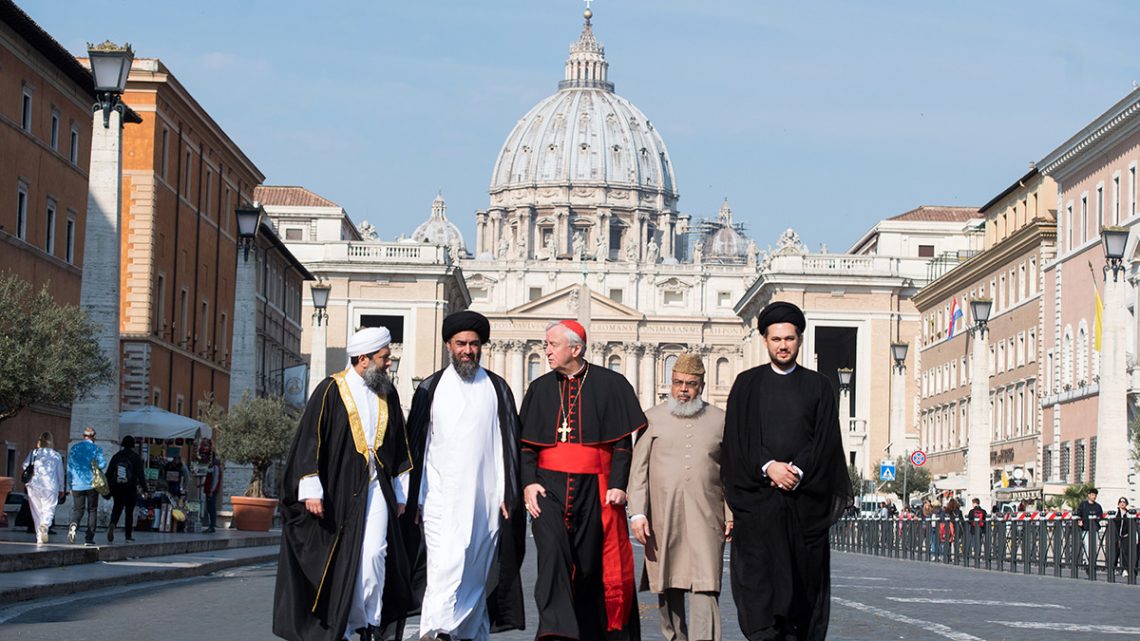 Cardinal Nichols is taking four imams to meet Pope Francis in the Vatican – the first official delegation of Muslim leaders from the UK to meet the Pope.

The Cardinal has been in dialogue with a group of Muslim leaders for the past few years and the Papal audience, on 5 April 2017, is an affirmation of this growing relationship in the UK.

It is also an encouragement for Christians and Muslims as they increasingly cooperate on a number of grass-root social action initiatives, such as the reception of Syrian refugees, food banks and care for the homeless.

The visit comes two weeks after the terrorist attack in Westminster, which has been condemned by religious leaders from all faiths as they have appealed for a united peaceful response, where hatred and division plays no part.

The imams to meet Pope Francis with Cardinal Nichols are:

The delegation then go on to the Pontifical Council for Inter-religious dialogue as the guests of Cardinal Tauran for further dialogue as the Pope prepares to go to Egypt at the end of April, including a visit to the Al-Azhar University.

The visit ends with reception at the British Embassy to the Holy See.

UK Imams Ibrahim Mogra and Moulana Ali Raza Rizvi speak ahead of their 2017 meeting with Pope Francis. Listen to audio clips on this playlist.