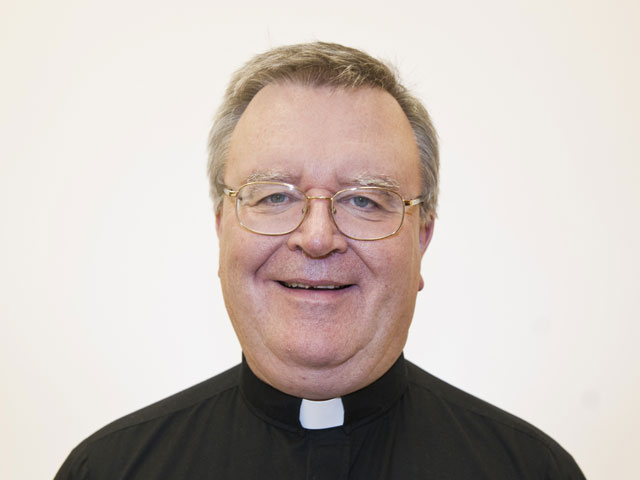 The Pontifical Council for Promoting Christian Unity has appointed Bishop William Kenney as the Co-President of the Catholic Delegation on the International Commission for Dialogue with the Lutheran World Federation. His counterpart in the Lutheran delegation is the former Bishop of Helsinki, Bishop Emeritus Eero Huovinen of the Evangelical Lutheran Church of Finland.

The commission was officially established for dialogue on a worldwide scale by the Lutheran World Federation and the Pontifical Council for Promoting Christian Unity in 1967, and the Lutheran-Roman Catholic dialogue has aimed at full, visible unity of the churches.

Dialogue has been held in various stages, the first (1967-1971) concentrated on the Gospel and the Church, the Eucharist and Church ministry was the following topic (1973-1984), and the focus from 1986-1993 was the Church and Justification.

The Lutheran-Roman Catholic Joint Commission for Unity finished its fourth and last phase of dialogue in 2006 with a report on “The Apostolicity of the Church”. The report has been published this month with the title “From Conflict to Communion. Lutheran Catholic Common Commemoration of the Reformation in 2017”.

Bishop Kenney and Bishop Huovinen have collaborated fruitfully in Nordic dialogue commissions in the past. The next phase of dialogue will consider “Baptism and growing Church Communion” and will take place in Kyoto, Japan from 12-18th August 2013.

The Right Reverend William Kenney is an auxiliary Bishop for the Archdiocese of Birmingham. Born in Newcastle-upon-Tyne in May 1946, ordained priest in June 1969, and Auxiliary Bishop and Vicar General of Stockholm in August 1987.

He studied sociology and psychology at the universities of Vaxjo and Gothenburg where he obtained a Fil kand (the same as a BA). He worked as a parish priest and academic sociologist within the Catholic Church in Sweden, before pursuing doctoral studies at the London School of Economics from 1977 to 1979. He then lectured in the Sociology of Religion and was Director of Studies at the Department of Religious Studies in the University of Gothenburg between 1979 and 1982 and from 1984 to 1987. He was a General Councilor of the Passionist Congregation, resident in Rome, from 1982 to 1984.

In 1988 Bishop Kenney was awarded an honorary doctorate of Philosophy at the University of Gothenburg for his work in internationalising studies at the university and for his work among immigrant students. Besides his duties in the diocese he lectures extensively both in Sweden and abroad on social issues and on ecumenism and inter-religious dialogue. He is also internationally known as a retreat-leader, particularly for religious. He has taken part in three Episcopal synods: in 1991 on Europe; 1994 on Religious Life; 1999 the Second European Synod. He is today, among other posts, the chairperson of Caritas Sweden, of the diocesan Justice & Peace Commission, and of Respekt the organisation for “life” questions in the diocese of Stockholm. He is the Nordic representative on COMECE, where he is COMECE’s representative on the Holy Land Coordination to support the Bishops in the Holy Land. He is chairperson of the Gothenburg Process which is an attempt to increase dialogue between the Churches, Government control authorities, producers and users of small arms. He is also a member of the Passionist Congregation’s international advisory group on social concerns, particularly at the UN.