Archbishop’s Homily: “Cormac was a priest to his fingertips” 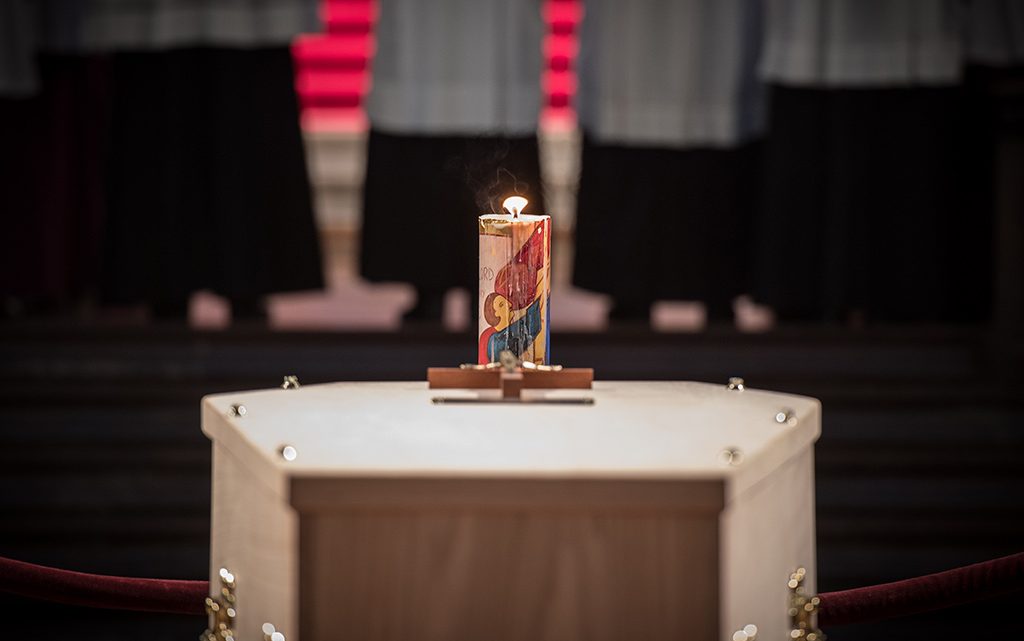 The Most Revd George Stack, Archbishop of Cardiff, has preached the homily at the Funeral Mass of Cardinal Cormac Murphy-O’Connor in Westminster Cathedral.

One of Cardinal Cormac’s auxiliary bishops serving the diocese of Westminster in the early 2000s, Archbishop Stack praised the late Cardinal and the ease with which he lived his vocational calling:

“He was comfortable in his own skin. He was aware of his failings, yet supremely confident in his calling. He was a gifted man who would have made a success of whatever career he chose. Medicine or music – maybe even golf or perhaps rugby like his brother! Yet from an early age he was convinced he should be a priest, like his two other brothers.”

Archbishop Stack lauded how Cardinal Cormac put his skills at the service of the Church and society at large – his heart for Christian unity most apparent:

“[He was able to] reach out in meaningful and constructive ways to other churches. His membership and scholarly contribution to the conclusions of the Anglican Roman Catholic International Commission. Much to his delight the fruits of his work were captured this year in the publication of all five ARCIC documents in one volume. His conviction that
unity of mind and heart amongst the followers of Christ were not optional extras but sorely needed in a fragmented world.”

“His gift of hospitality. He took the words of Jesus seriously ‘Love one another as I have loved you’. These gifts, and the generous way he used them, were expressive of the fact that he liked people and liked being with them. He drew the best from others and gave them nothing but the best of himself in return. But his was not superficial friendliness. He was convinced that people could and should share their faith and learn from the life experiences of others.”

The homily also focused on where the Cardinal is to be buried – beneath the tenth Station of the Cross in the Cathedral. Archbishop Stack believes this shows us something of Cardinal Cormac’s humility:

“This Station has a special lesson to teach us. Jesus is stripped of his garments. Our faith and devotion teach us that the seamless robe of his revelation of divine love, the integrity and compassion of Jesus, is torn away. The Jesus who stands before us naked and unashamed calls us to pay more attention to who we are rather than what we have so cunningly conspired to be.

“Cormac knew well what it was like to have judgments questioned, decisions criticised, mistakes analysed. That ‘stripping away’ could easily have made him angry and cynical, causing him to retreat from the public arena. Yet he acknowledged his mistakes. He made no excuses. He said the most difficult words of all. “I’m sorry”. He learned a huge lesson and proceeded to establish the most robust safeguarding mechanism possible, a model for other institutions. Humility and action were part of the robe that he wore.” 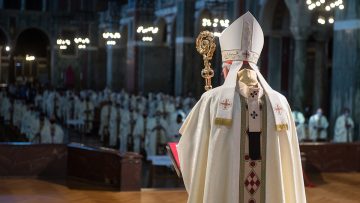 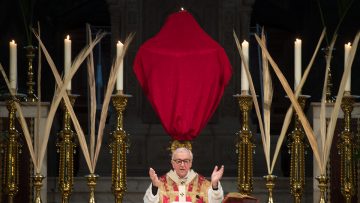 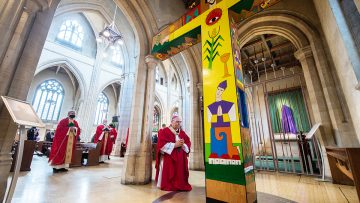 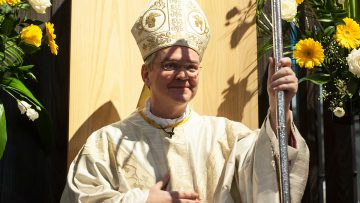