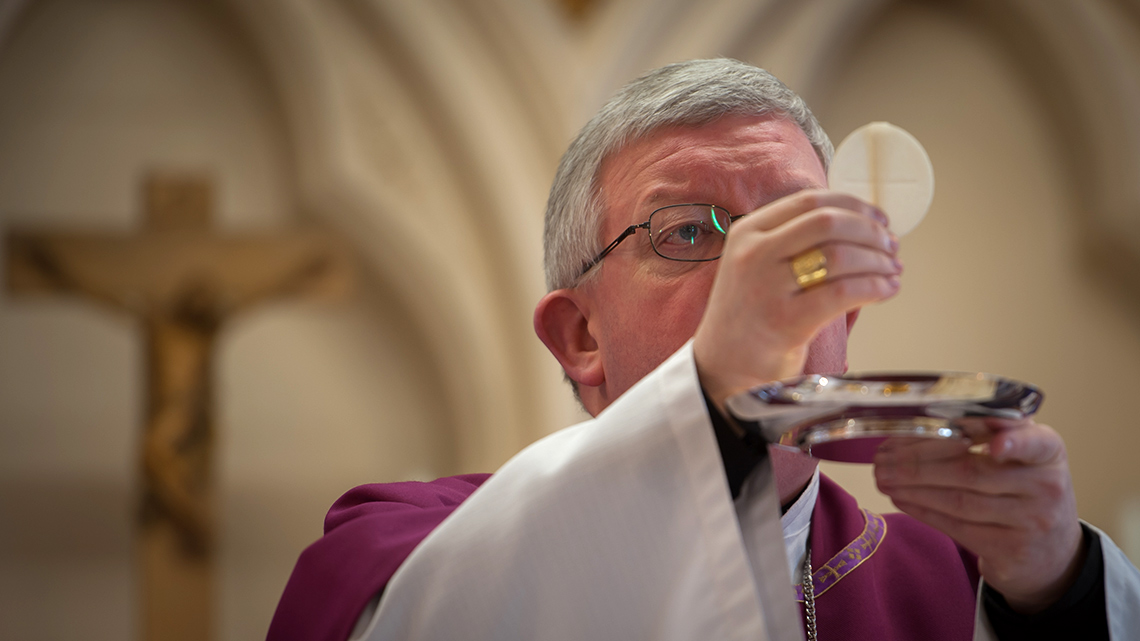 What is the foundation for good ecumenical relations? According to the Archbishop of Birmingham, the Most Reverend Bernard Longley, it is “friendships, reflecting, praying, and witnessing together,” which enables deeper bonds and understanding.

The Archbishop is co-chair of ARCIC, the Anglican–Roman Catholic International Commission, which was created in 1969 and seeks to make ecumenical progress between the Catholic Church and the Anglican Communion.

Archbishop Longley was reflecting on the Week of Prayer for Christian Unity, an annual ecumenical celebration that is observed from 18 – 25 January.

Throughout the week, Christians from many different traditions and confessions around the world gather to pray for the unity of all baptised.

This year’s materials have been prepared by the Middle East Council of Churches. The selection of scripture and liturgical texts is inspired by the visit of the Magi to the newborn King, as described in the Gospel of Matthew:

The theme celebrates the Christian Churches of the East and raises awareness of their present situation.

Speaking to Vatican News about this year’s theme, Archbishop Longley said it gives a sense that “we are together on a journey following the star towards Christ.”

The Archbishop explained that in his own diocese of Birmingham, they have been developing links with the Orthodox, Byzantine, and Oriental Orthodox Churches, through the initiative ‘Birmingham Churches Together’.

He noted that this has helped raise their awareness “of Churches; of the history, the contribution, and the really important significance of the continuing lives of the Churches in the East, in the Holy Land, and in neighouring countries.”

The Archbishop spoke of “the story of Christianity they have kept alive, and which is very much alive in the lives of their families.”  But he also pointed to the immense challenges that many of the countries in the region are facing, such as the issue of migration.

In a joint letter to all bishops responsible for ecumenism, Cardinal Kurt Koch, President of the Pontifical Council for Promoting Christian Unity, and Cardinal Mario Grech, General Secretary of the Synod of the Bishops, offered suggestions aimed at applying the ecumenical dimension of the synodal process at the local church level. The two Cardinals wrote: “Both synodality and ecumenism are processes of walking together.” Indeed, “since ecumenism can be understood as an ‘exchange of gifts,’ one of the gifts Catholics can receive from the other Christians is precisely their experience and understanding of synodality.”

The road travelled and the path ahead

The Catholic Church has been part of the ecumenical journey since before the time of the Second Vatican Council, and the Archbishop said that “it is still for all of us together the early days of this long journey which we remember still has the goal of full, visible unity ahead of us.”

Asked how far Churches have come on this road towards Christian Unity,  Archbishop Longley commented that the journey that has been undertaken can never be underestimated. “Christian Unity is, first of all, a work of the Holy Spirit within us,” he said.

“We have travelled an immense journey and I think, reflecting on the last sixty years, the ecumenical journey of the Catholic Church; so that today the things that would have been just a vision for the future sixty years ago have now become a regular part of our Church’s life and expectations.”

However, he noted that within this ecumenical journey there is still “a long way to travel together, and of course the further we travel the more we know about ourselves and one another, then the more open we are about some of the challenges we face .”

A week of prayer and gratitude

The Archbishop stressed this annual week of prayer was “really important” because it is something that has been “deeply embedded in the consciousness of the calendar of all our Churches.” He also expressed his gratitude for these occasions which offer opportunities “and also stimulate initiatives and provide opportunities for us to gather together to pray.”