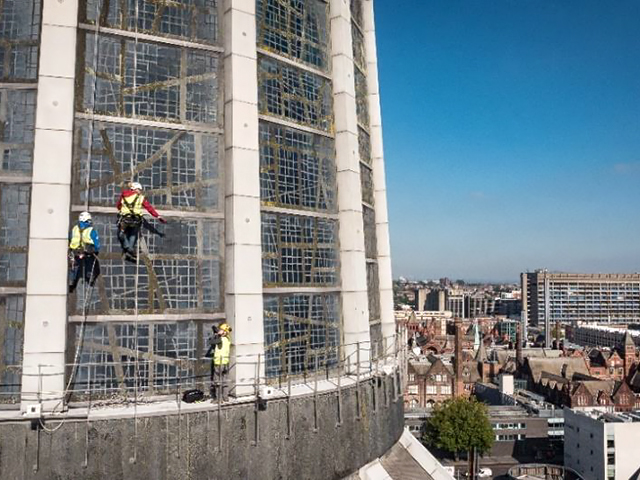 A £40m scheme to conserve and repair England’s cathedrals ahead of First World War centenary events has significantly reduced immediate risks, according to a report published today.

England’s cathedrals contribute more than £220m to the economy each year, drawing in more than 11 million visitors.

Often complex and historic buildings, each has the responsibility for raising the funds required for upkeep. However, with no regular Government funding, each cathedral faces an ongoing challenge to maintain their fabric while ensuring comfort, safety and accessibility for all.

The First World War Centenary Cathedral Repairs Fund, launched by the Government in 2014, invited applications from Catholic and Church of England cathedrals to address urgent repair works. The fund prioritised making buildings weatherproof, safe and open to the public as well as ensuring they would be in a safe condition to host acts of remembrance for the centenary of the First World War armistice in 2018.

The Most Rev George Stack, Archbishop of Cardiff and Chair of the Catholic Bishops’ Conference Patrimony Committee said:

“The grant funding received through this programme has enabled a number of Catholic cathedrals to carry out major works of repair which would otherwise have been wholly unaffordable. Many Catholic cathedrals in England are located in deprived inner-city areas and have very limited funds.

“This grant scheme has allowed a considerable backlog of repairs to be addressed. Leaking roofs have been repaired, decaying stonework rectified, improvements to drainage has stopped damp penetrating walls and causing internal damage, and improvements to heating and lighting systems have made cathedrals warm and welcoming to all.

“These highly significant sacred buildings have been able to play their part in the commemorations for the First World War and we are enormously grateful to the government for this vital funding which brings renewed hope to many.”

Grants were awarded over two phases between 2014-18, each totalling £20 million. A total of 146 awards were made to 57 cathedrals. Twelve cathedrals were awarded more than £1 million each, and the average award was £274,000.

Projects supported by the fund were all assessed by architects as requiring urgent attention either immediately or within 12 months.

With funding now complete, today’s independent report shows a significant reduction of problems requiring immediate repair as a result of the investment but warned that recipients all had outstanding repairs in areas not covered by the scheme.

The largest number of projects (approximately a third) were for roof repairs. Many of the repairs funded also related to external masonry, with other projects covered including guttering, heating, sound system, electrical and window refurbishment.

Grants were awarded by an independent panel chaired by Sir Paul Ruddock, a position appointed by the Secretary of State. The Fund was administered by the Church of England’s Cathedrals and Church Buildings Division (CCB) on behalf of the Department for Digital, Culture, Media & Sport, with the CCB praised in the report for cost efficiency and excellent communication.

The report concluded that the fund had been successful in achieving its aims and met a funding need that could not be met elsewhere, adding that areas of cathedrals covered by grant-aided projects had been very largely changed from needing urgent repair to needing routine maintenance only.

Built between 1844 and 1848, was the first cruciform catholic church to be built in England since the reformation. The cathedral was awarded £373,000 in July 2016, which enabled serious problems of water penetration in to the fabric of the building to be addressed, and the provision of access to the roofs to allow for regular maintenance. In November 2016, the cathedral was awarded a further £180,000 to increase access to the North porch, allowing safe access to the cathedral for people of all abilities. Throughout the project, a local company was employed, and the nature of the work has sustained the need for traditional skills – challenging and increasing the knowledge of the stonemasons working on the building.

“Ensuring that our wonderful cathedral is dry and secure from the weather is the first essential step in our mission to see St John’s brought back into good repair and playing a major role in the regeneration of the historic centre of Salford.”

An impressive late brutalist building, was completed in 1973 in response to the requirements of the second Vatican Council, which set out that all of the congregation should have a good view of the altar. The Cathedral was awarded a total of £700,000 over the course of 2014 and 2015 towards a £1.5 Million project. The money allowed for essential repairs to the roof, stopping leaks which had been present since the building was first opened. In 2016 the cathedral was awarded a further £700,000 for work on the lighting, electrics and heating system. As a result of the improvements, the cathedral has also been able to run more events, including First World War commemoration activities.

“We at Clifton Cathedral are happy to report that we have drawn best value from the grant awards we received from the First World War Centenary Cathedrals Fund. The Cathedral is once again filled with natural light and more importantly it is watertight. No more buckets! The overall external appearance is also much improved and we can continue to present to our many visitors an iconic building and a local landmark that we can be proud of. We have replaced the ageing heating system and updated the electrical wiring and the lighting. These significant projects have made another huge and demonstrable improvement to the ambience and safety of the Cathedral and the experience of those who come here. On behalf of the Cathedral parishioners and all those who visit Clifton Cathedral, we are very grateful to the WWI Centenary Fund and to our other benefactors for making all this possible.”

Birmingham’s Catholic Cathedral, St Chad’s, received £227,000 towards the repair of unsafe stone masonry, which has led to increased local interest and visitors, who are able to enjoy this beautiful church designed by A.W. Pugin.

“St. Chad’s, being the first Catholic cathedral erected in the U.K following the Reformation of the 16th Century, stands above the Jewellery Quarter in the City of Birmingham. The World War 1 Centenary Repair Fund enabled us to carry out vital work to the stonework and statuary on the front elevation. Not only was it an occasion to promote this important milestone in defence of our democracy and freedom; but it gave us the opportunity to highlight the cathedral’s World War 1 Monument in memory of the 200 men and boys from the parish who fell in the Great War. Our W.W.1 memorial remains a poignant place to pray for peace and unity in our world today.”

The cathedral is the mother church of the Catholic Diocese of Plymouth which covers Dorset, Devon and Cornwall. It received three grants between 2015 and 2017, totalling just over £1.18 Million. The position of the cathedral near the sea means that it is subject to severe coastal weather, and the grants allowed for urgent repairs to the windows and the replacement of the 1980s heating system. Without these repairs the cathedral would have to have closed, due to the risk to the health and safety of visitors. The work created 13 full time equivalent jobs, and has increased public confidence in the cathedral, with both visitor figures and service attendance showing an increase. In addition to this, the repairs have meant that the cathedral has been able to hold First World War commemorations, including opening a permanent display of memorabilia, and a remembrance book to commemorate the lives of local people lost in the conflict.

“The repair needs of this cathedral have been, and are, extremely serious compared to our limited means. However, the generous support of the Fund has enabled us to carry out the necessary repairs that would have otherwise been impossible, and would have ultimately put the very existence of Plymouth Cathedral and the future preservation of its heritage at great risk”

If you want to know what works were carried out at specific Catholic Cathedrals thanks to the fund, use the PDFs below:

With thanks to Purcell Architects. 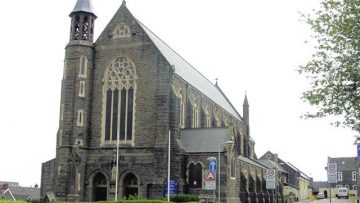 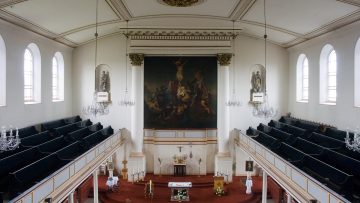 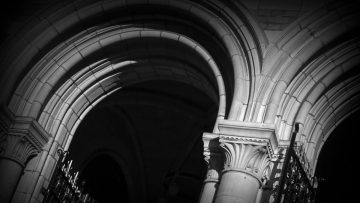