Archbishop: Claim and explore the role of the Church as it develops in a world marked by suffering and war 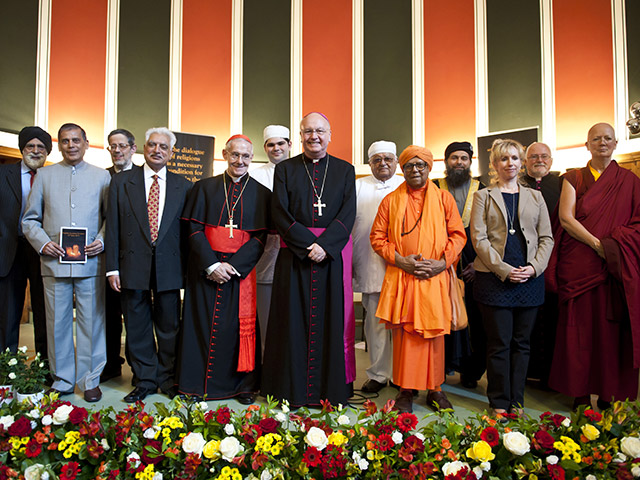 Archbishop Kevin McDonald has released a statement to mark the World Day of Prayer for Peace that is taking place on 20 September – thirty years after the historic first day celebrated by Pope Saint John Paul II in Assisi alongside 160 leaders representing the world’s religions. The actual date for the first gathering was 27 October 1986.

Archbishop McDonald, who is responsible for Catholic-Jewish relations and Interreligious Relations on behalf of the Catholic Bishops’ Conference of England and Wales, said in his statement:

“This commemoration is not just about recalling something that happened thirty years ago. It is about claiming and exploring the role and profile of the Church as it has developed and continues to develop in a world marked by suffering and war but in which human beings continue to hope and believe despite the terrible sufferings that many have to endure.”

The Archbishop looks back to that historic first gathering, describing it as far more than an “isolated good-will gesture” and contextualising it with the elements of Pope Saint John Paul II’s petrine ministry focussed on interreligious dialogue such as the great encyclical Ut Unum Sint (“That they may be one”).

“The Pope affirms that for people who grow up in other religions ‘salvation in Christ is accessible by virtue of a grace which while having a mysterious relationship to the Church does not make them formally part of the Church but enlightens them in a way which is accommodated to their spiritual and material situation.'”

Finally, the Archbishop’s statement concludes by encouraging the Catholic community to join the Holy Father, Pope Francis, in praying for peace and organising events to mark the occasion.

“While it may not be possible at this stage to organise an event on 20 September, it could also be marked on 27 October, the anniversary of the first Day of Prayer; or indeed at any convenient time or occasion. What is important is that Prayer for Peace is and should be part of the life of the Church and organised in whatever way is best suited to the circumstances and resources of each local Church.”

Archbishop Kevin McDonald is responsible for Catholic-Jewish relations and Interreligious Relations on behalf of the Catholic Bishops’ Conference of England and Wales.

You can download Archbishop McDonald’s full statement below or to the right of this article.

World Day of Prayer for Peace 2016