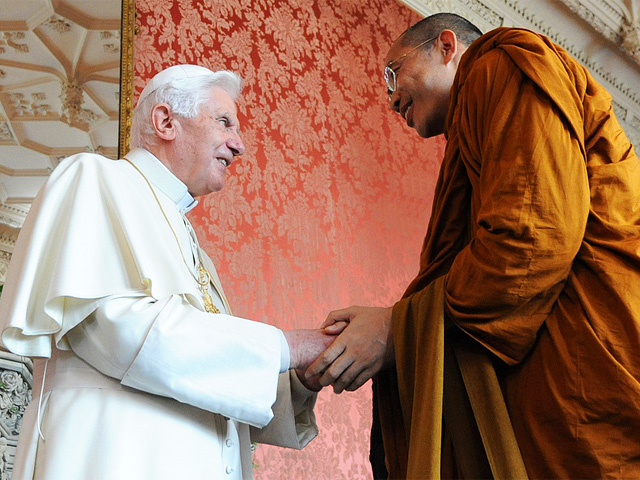 Cardinal Jean-Louis Tauran, President of the Holy See’s Pontifical Council for Interreligious Dialogue, has released a message to the world’s Buddhist communities focusing on the need to educate young people “to respect and understand the religious beliefs and practices of others.”

Recognising that students of different faiths sit side-by-side in the classroom learning with, and from, one another, the Cardinal says:

“This diversity gives rise to challenges and sparks deeper reflection on the need to educate young people to respect and understand the religious beliefs and practices of others, to grow in knowledge of their own, to advance together as responsible human beings and to be ready to join hands with those of other religions to resolve conflicts and to promote friendship, justice, peace and authentic human development.”

Released today by the Holy See, the Cardinal’s message marks the feast of Vesakh (Hanamatsuri). It is the most important day in the Buddhist calendar around the world, celebrating the birth, enlightenment and passing of Buddha. Its significance lies in it being associated with the Buddha’s universal message of peace and is celebrated by Buddhists in South and South East Asia. In Japan it is known as Hanamatsuri, which literally translates as the ‘festival of flowers’.

The message is entitled Christians and Buddhists: sharing responsibility for educating the younger generation on justice and peace through interreligious dialogue.

Vatican Message to Buddhists for the Feast of Vesakh 2012