The First World War is Part of Every Family DNA, says Bishop of the Forces 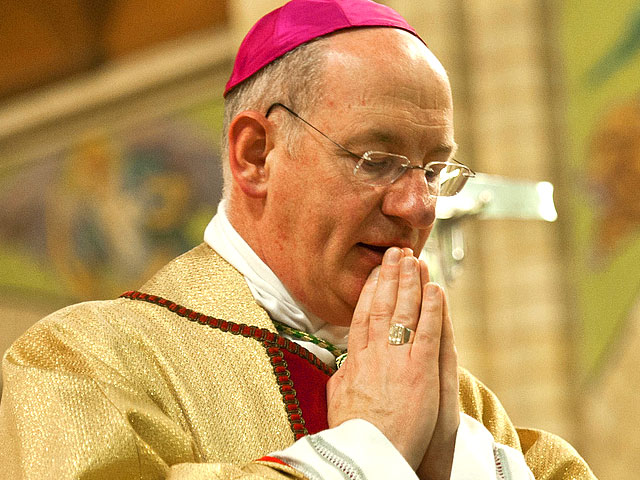 The Bishop of the Forces, the Right Reverend Richard Moth celebrated a Requiem Mass in the Cathedral Church of St Michael and St George, Aldershot, on Sunday 3 August for all who died in the First World War.

Across the territory of the Bishopric of the Forces, anywhere in the world that United Kingdom military personnel are serving or deployed, Masses and prayers were offered to honour the fallen.

The Bishop asked parishioners to remember very especially in prayer all those who died in the First World War and in conflicts since. He also invited people to “pray especially for peace at a time when so many parts of the world suffer the consequences of current conflicts.”

In his homily, the Forces Bishop spoke about the scale of the human sacrifice:

“There isn’t a family in the land who hasn’t been affected by this conflict – it is part of every family’s DNA.”

And he reflected on the importance of the lessons of history:

“We need to learn from and pray about the lessons of history. War is commemorated not to glorify conflict, but to keep the horrors of the past etched in our memory and not to lose sight of the value of human sacrifice. Until we learn from our history, we are not open to the gift of peace and to the hope of resurrection.”

Bishop Richard Moth represented the President of the Catholic Bishops’ Conference of England and Wales, Cardinal Vincent Nichols, at the World War One Memorial Service at Glasgow Cathedral on Monday 4 August.

Masses were celebrated in every Catholic Cathedral in England and Wales on or near Sunday 3 August to commemorate the centenary of the start of the First World War.

You can listen to an audioBoo clip from our podcast with Bishop Moth on the 100-year anniversary of the start of World War I. Simply click the play button on the player in the top right-hand corner of this page.