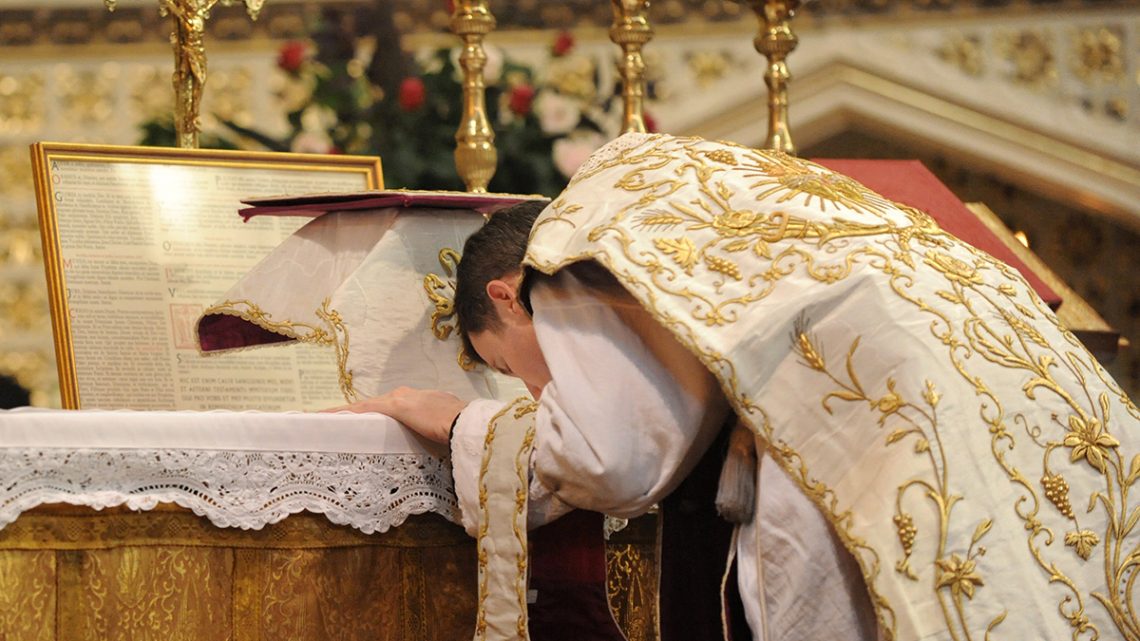 On 7 July 2007, Pope Benedict XVI published his long awaited Motu Proprio on the use of the Roman Liturgy prior to the reform of 1970.

The Motu Proprio, legislation published by the Pope’s own initiative, replaces all previous indults.

“On behalf of the Bishops of England and Wales I welcome the Holy Father’s call for unity within the Church and especially towards those who are very attached to celebrating the Mass according to the Missal of 1962.

“We are confident that the provisions already made throughout England and Wales under the indult granted back in 1971 go a significant way towards meeting the requirements of the new Norms.

“I am confident that the Bishops of England and Wales are well placed to implement this timely Letter and the Norms which clarify the universal discipline of the Church.”

The Holy Father accompanied Summorum Pontificum with a Letter to Bishops. In the letter he gave reasons for the publication of the Motu Proprio. He noted that there was a need for “clearer juridical regulation” which had not been previously foreseen. The Norms “are also meant to free bishops from constantly having to evaluate anew how they are to respond to various situations.”

Pope Benedict also speaks of the obligation “to make every effort to enable for all those who truly desire unity to remain in that unity or to attain it anew”.

The Pope speaks of two forms of the Roman Missal “the two fold use of one and the same rite”: the Ordinary form — the Missal of Paul VI is the normal “expression of the Lex orandi (Law of Prayer) of the Catholic Church of the Latin Rite” and the Extraordinary form — the Missal of Saint John XXIII, the 1962 edition of the Roman Missal issued following the Council of Trent.

“There is no contradiction between the two editions of the Roman Missal. In the history of the liturgy there is growth and progress, but no rupture. What earlier generations held as sacred, remains sacred and great for us too.”

In a parish, where there is a “stable group of the faithful who adhere to the earlier liturgical tradition” they may make a request of the parish priest for celebrations of the Extraordinary form of Mass. The Norms encourage the pastor to willingly accept their requests and to ensure that their welfare harmonises with the ordinary pastoral care of the parish — avoiding discord. At Masses using the Extraordinary form the readings may be given in the vernacular using an approved translation. Where the good of souls would seem to require it a pastor may give permission for the celebration of the Sacraments of Baptism, Marriage, Penance and the Anointing of the Sick using the Extraordinary form; in a similar way a bishop may celebrate the Sacrament of Confirmation.

The Motu Proprio came into effect on 14 September 2007, the Feast of the Exaltation of the Cross.

You can download Summorum Pontificum in English alongside the Norms.