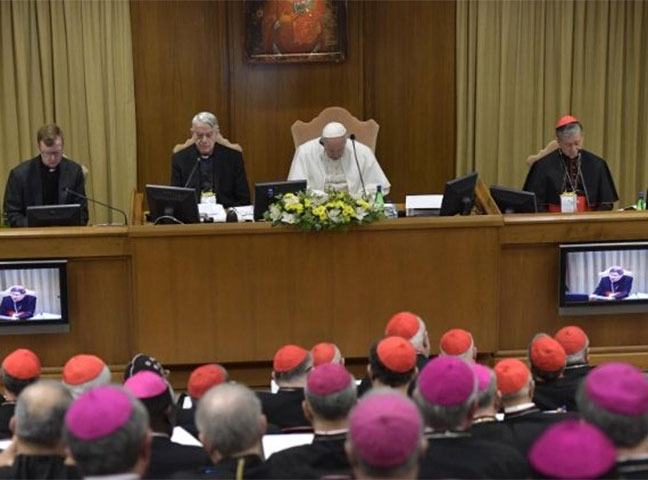 “Vos estis lux mundi”. “You are the light of the world… Our Lord Jesus Christ calls every believer to be a shining example of virtue, integrity and holiness”. The Gospel of Matthew provides the title and first words of Pope Francis’ new Motu proprio dedicated to the fight against sexual abuse committed by clerics and religious, as well as the actions or omissions of Bishops and Religious Superiors that in any way interfere with or fail to investigate abuse. The Pope recalls that “the crimes of sexual abuse offend Our Lord, cause physical, psychological and spiritual damage to the victims and harm the community of the faithful”, and mentions the special responsibility of the Successors of the Apostles to prevent these crimes. The document represents another result of the Meeting on the Protection of Minors held in the Vatican in February 2019. It establishes new procedural rules to combat sexual abuse and to ensure that Bishops and Religious Superiors are held accountable for their actions. It establishes universal norms, which apply to the whole Catholic Church.

An “office” for reporting in every diocese

Among the new indications given is the obligation for every Diocese in the world to set up, by June 2020, “one or more public, stable and easily accessible systems for submission of reports” concerning sexual abuse committed by clerics and religious, the use of child pornography, and cover-ups of the same abuse. The legislation does not specify what these “systems” consist of, because it leaves operational choices to the Diocese; and these may differ according to various cultures and local conditions. The idea is that anyone who has suffered abuse can have recourse to the local Church, while being assured they will be well received, protected from retaliation, and that their reports will be treated with the utmost seriousness.

The obligation to report

Another new indication concerns the obligation for all clerics, and all men and women religious, to “report promptly” all accusations of abuse of which they become aware, as well as any omissions and cover-ups in the management of cases of abuse, to ecclesiastical authorities. Though this obligation was formerly left up to individual consciences, it now becomes a universally established legal precept. The obligation as such is sanctioned for clerics and religious, but any layperson can, and is encouraged to, use the system to report violence and abuse to the competent ecclesiastical authority.

Not only child abuse

The document covers not only violence and abuse against children and vulnerable adults, but also sexual abuse and violence resulting from an abuse of authority as well. This includes cases of violence against religious by clerics, as well as abuse committed against adult seminarians or novices.

One of the most important elements is the identification, as a specific category, of so-called cover-ups, defined as “actions or omissions intended to interfere with or avoid civil investigations or canonical investigations, whether administrative or penal, against a cleric or a religious regarding the delicts” of sexual abuse. This section refers to those who hold positions of particular responsibility in the Church, and who, instead of pursuing abuses committed by others, have hidden them, and have protected alleged offenders instead of protecting the victims.

The protection of vulnerable people

Vos estis lux mundi stresses the importance of protecting minors (anyone under 18) and vulnerable people. The definition of a “vulnerable person” is broadened to include “any person in a state of infirmity, physical or mental deficiency, or deprivation of personal liberty which, in fact, even occasionally, limits their ability to understand or to want to otherwise resist the offense”. In this respect, the new Motu proprio echoes recent Vatican legislation (CCXCVII of 26 March 2019).

Respecting the laws of states

The obligation to report to the local Ordinary or Religious Superior does not interfere with, or change, any other reporting obligation that may exist in respective countries’ legislation. In fact, the norms “apply without prejudice to the rights and obligations established in each place by state laws, particularly those concerning any reporting obligations to the competent civil authorities”.

The protection of victims and those reporting abuse

The sections dedicated to protecting those who come forward to report abuse are also significant. According to the provisions of the Motu proprio, someone reporting abuse cannot be subjected to “prejudice, retaliation or discrimination” because of what they report. The problem of victims who in the past have been told to keep silent is also addressed: these universal norms provide that “an obligation to keep silent may not be imposed on any person with regard to the contents of his or her report”. Obviously, the seal of confession remains absolute and inviolable and is in no way affected by this legislation. Vos estis lux mundi also states that victims and their families must be treated with dignity and respect and must receive appropriate spiritual, medical and psychological assistance.

The investigation of bishops

The Motu proprio regulates the investigation of Bishops, Cardinals, Religious Superiors and all those who lead a Diocese, or another particular Church, in various capacities and even temporarily. The rules apply not only in the case of these persons being investigated for having committed sexual abuse themselves, but also if they are accused of having “covered up”, or of failing to pursue abuses of which they were aware, and which it was their duty to address.

The role of the Metropolitan

There are new indications regarding the role of the Metropolitan Archbishop in preliminary investigations: if the accused individual is a Bishop, the Metropolitan receives a mandate from the Holy See to investigate. This strengthens his traditional role in the Church and indicates a desire to make the most of local resources with regard to investigations into Bishops. Every thirty days, the person in charge of the investigation sends the Holy See “a status report on the state of the investigation”, which “is to be completed within the term of ninety days” (extensions for “just reasons” are possible). This establishes specific timeframes and requires the Vatican Dicasteries concerned to act promptly.

Involvement of the laity

Citing the Canon Law article that stresses the important contribution of the laity, the norms of the Motu proprio provide that the Metropolitan, in conducting the investigations, can avail himself of the help of “qualified persons”, according to “the needs of the individual case and, in particular, taking into account the cooperation that can be offered by the lay faithful”. The Pope has repeatedly stated that the specializations and professional skills of the laity represent an important resource for the Church. The norms now provide that Episcopal Conferences and Dioceses may prepare lists of qualified persons willing to collaborate, but the ultimate responsibility for investigations remains with the Metropolitan.

The principle of presumption of innocence of the person under investigation is reaffirmed. The accused will be informed of the investigation when requested to do so by the competent Dicastery. The accusation must be notified only if formal proceedings are opened. If deemed appropriate, in order to ensure the integrity of the investigation or of the evidence, this notification may be omitted during the preliminary stage.

Conclusion of the investigation

The Motu proprio does not modify the penalties for crimes committed, but it does establish the procedures for reporting and carrying out the preliminary investigation. At the conclusion of the investigation, the Metropolitan (or, in certain cases, the Bishop of the suffragan Diocese with the greatest seniority of appointment) forwards the results to the competent Vatican Dicastery. This completes his contribution. The competent Dicastery then proceeds “in accordance with the law provided for the specific case”, acting on the basis of already existing canonical norms. Based on the results of the preliminary investigation, the Holy See can immediately impose preventive and restrictive measures on the person under investigation.

With this new juridical instrument, called for by Pope Francis, the Catholic Church takes a further and incisive step in the prevention and fight against abuse, putting the emphasis on concrete actions. As the Pope writes at the beginning of the document: “In order that these phenomena, in all their forms, never happen again, a continuous and profound conversion of hearts is needed, attested by concrete and effective actions that involve everyone in the Church”. 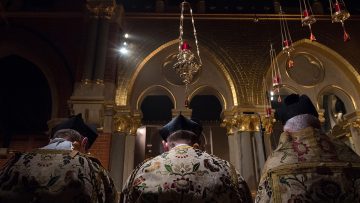