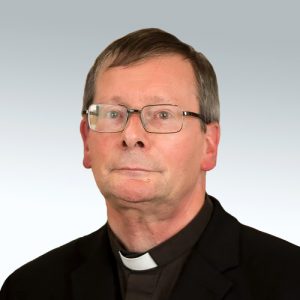 A profile of the Catholic Auxiliary Bishop of Birmingham, the Right Reverend David Evans.

The Reverend Canon David Ernest Charles Evans was born in Henley-on-Thames, Oxfordshire, in the archdiocese of Birmingham, on 22 October 1953.

He carried out his studies in preparation for the priesthood at the Venerable English College in Rome and was awarded a licentiate in philosophy and theology from the Pontifical Gregorian University.

On 29 July 1978, he was ordained a priest for the archdiocese of Birmingham.

Since 2014 he has served as parish priest of Our Lady of Perpetual Succour, Rednal, and since 2019, Episcopal Vicar for Birmingham and Worcester.

He has served on the English Anglican-Roman Catholic Committee and the Bishops’ Conference Committee for Faith and Culture.