Catholics Encouraged to Open their Homes to 2012 Athletes Families 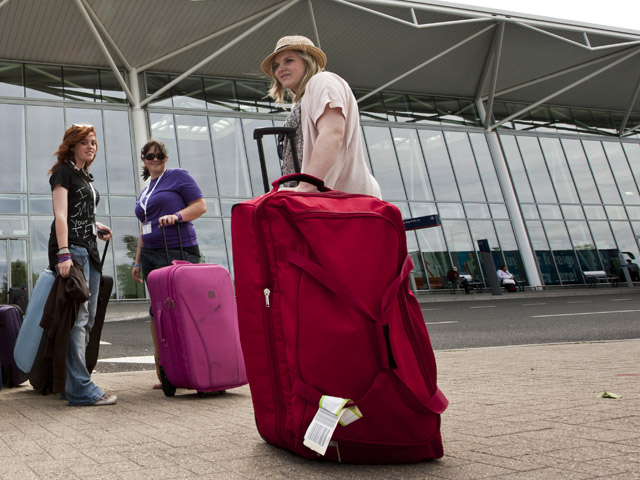 The cost of hotel accommodation close to Olympic venues nationwide during the time of the 2012 Games is astronomical. The Christian community is being asked to play its own unique part by providing basic hospitality in their own homes for one or two members of an athlete’s family, or for team officials, personal coaches, or friends who are critical to an athlete’s support.

Many important Olympic visitors from other countries can only afford to be present and supportive of their loved ones if accommodation and hospitality are offered to them by a caring family from within the host nation.

Main responsibilities of a host are not burdensome. They include picking up and welcoming their one or two guests from a hospitality centre close to their home. They will be asked to provide bed and breakfast for eight days or more between the Olympic dates of 25 July and 13 August and the Paralympic dates of 27 August and 10 September and to act as caring and helpful hosts. This might include dropping their guest off at a transportation hub each day.

At previous Games the Christian community has provided over half of all the homes needed to host the family members of Olympic and Paralympic athletes. Hosts are required mostly, but not exclusively, in the London area.
The closer to event venues a host can be, the better. More hosts are required across the nation including in Benfleet, Birmingham, Broxbourne, Cardiff, Dorney Lake, Glasgow, Manchester, Newcastle, Weymouth and Portland Harbour.

To date, 253 applications have been received to host athlete related visitors. The majority of host applicants are Christians with 43% being from within the Church of England, 15% being Baptist, 10% Methodist and 9% Catholic.

With regards to guest applications, 54 have presently been received. These are made up of 87 athlete guests from 14 countries, with the largest figure coming from Germany. 53 of these relate to housing during the Olympics and 34 guests during the Paralympics. 57% of guests have athletes competing at the Olympic Park, 22% at Eton Dorney, 18% at ExCel Arena with the majority of guests will fly into Heathrow 63%, Stansted 17% and London City 7%.

James Parker, Catholic Executive Coordinator of the 2012 Games, is keen to encourage more Catholics to consider signing up as hosts:

“The Athlete Family Homestay Programme is the easiest and most practical way to bring the world’s largest sporting event into your own living room,” he said. “Those who have opened their home to one or two family members of elite athletes at previous games thought they were serving and welcoming strangers into their midst. They later reported that their ‘guests’ had become friends and brought with them immense encouragement.

“More Than Gold, the churches’ Olympic charity, has made it easy to go online and apply to host. By visiting website Staywimi.com/morethangold, people can quickly get answers to their questions and complete an application.

“With so many Catholic athletes attending this summer, we long to see more people signing up in these coming few weeks to offer to host athlete family members for a limited number of nights. Safeguarding is firmly in place and each visitor will be thoroughly vetted before being allocated a place to stay. Now is the time for us as a Catholic community to step up and play our own unique part in engaging with the 2012 Games.”