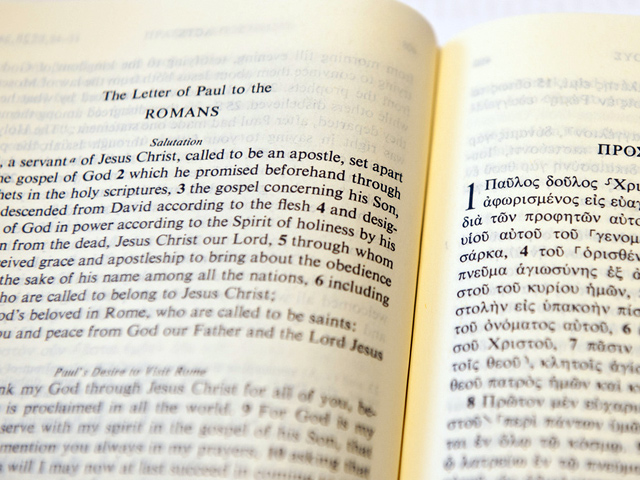 The results of a survey commissioned by the Bible Society, in partnership with the Home Mission Desk of the Catholic Bishops’ Conference of England and Wales, suggest that Catholics may need greater help in deepening their knowledge and use of, and prayer with, the Bible each day.

The findings are summarised under four headings:

• Personal Bible Readership
• Why do Catholics read the Bible when they do?
• The Bible and Catholics in the world
• Catholics and Bible Literacy

Bishop Kieran Conry, Chair of the Bishops’ Department of Evangelisation and Catechesis, said:

“This does encourage us to provide further resources to help Catholics and others to read the Bible more and use it as a source of prayer and personal spiritual growth. A national Scripture Working Group has been set up, in partnership with Bible Society. This working group has resourced Catholic Bible Sunday this weekend and also, during this Year of Faith, offered Scripture tweets, as well as make preparations for a National Bible Conference, 24-26 April 2013 in Durham.“

“A large number of Catholics in England and Wales are reading and using the Bible which is encouraging, but there is also a large number who are not. We hope that this weekend’s Catholic Bible Sunday, which falls during the Year of Faith, and the other initiatives being put in place, will equip Catholics to make praying with and reading the Bible part of their day.”

Catholic Bible Sunday is on 9 December 2012 with free resources being made available at:

• 57% of churchgoing Catholics don’t read the Bible week-by-week outside of a Church setting.

• Around eight in ten of non-churchgoing Catholics (81%) read the Bible seldom or never.

Why do Catholics read the Bible when they do?

• When asked why they last read the Bible, churchgoing Catholics were more likely to be reading the Bible as an act of prayer (21%), to seek guidance (16%) or because something they read, heard or watched inspired them to read it (12%).

• Of those non churchgoing Catholics who do read the Bible, most can’t remember why they did so, but 10% were prompted by something they read, heard or watched.

The Bible and Catholics in the world

• Non churchgoing Catholics are more measured about the role of the Bible, and over 40% would agree with their churchgoing counterparts about Education, Overseas Aid and Global Conflict.

• Over a third of churchgoing Catholics say that a passage of the Bible directly influenced a decision they made in the past week.

• Less than half of all Catholics (churchgoing or not) would feel confident about describing the following passages from the Bible:

o The healing of Bartimaeus
o ‘Love is patient, love is kind…’
o The day of Pentecost
o Moses and Pharaoh
o Elijah and the Prophets of Baal

• Amongst all ages surveyed, familiarity with these passages tended to be higher amongst 18-34 year olds than their older counterparts.

This research project was conducted by Christian Research. 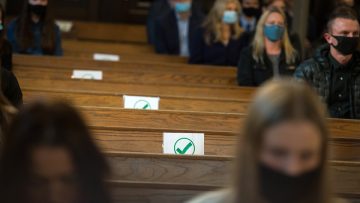