Ed Stourton: The question of whether the Catholic Church should be given an exemption from the law on adoption for gay couples would not on the face of it seem to be stuff of high political drama. Yet it has divided the leadership of the two big political parties and it has, it seems, become much wider and more significant than the specific point at issue. It’s been cast as a clash between two sets of rights: the right of gay people to be protected from discrimination and the right of religious groups to preserve a social space where they are free to practise their belief. Yesterday on this programme the Conservative leader David Cameron came down against the Church’s call for an opt-out from the Equality Act. Later the Prime Minister did the same and his Catholic Communities Secretary, Ruth Kelly, made it clear that she would go along with his decision. Which leaves the Church without friends in high places. Cardinal Cormac Murphy-O’Connor, the Archbishop of Westminster, is in our radio car. Good morning.

ES: You fought the good fight as you would no doubt see it, and you lost didn’t you?

CMOC: Well, I’m very disappointed that we haven’t been given the exemption that we desired. We thought we had a very reasonable case based on the excellent work of our adoption services, the marvellous work we do for disadvantaged children and just wanted to continue that work and now it seems that we’ve got to look again, over the next two years.

ES: You’ve got these two years’ grace in which you can see how things work but at the end of that period the practical question is going to be the same as it is now, isn’t it? Do you continue to keep the agencies open even though you’d have to work in these conditions?

CMOC: Well let me say two things. First of all, I think over the next two years the government has clearly said, and the Prime Minister said in his statement, this assessment group are going to see in what way our Catholic agencies, or faith-based agencies, in the adoption service can be upheld, can be retained and developed. Now, there may well be some way in which without breaking the law our Catholic services can continue in their work according to Catholic principles. But, at the end of the day, it’s important to note it’s not I or the bishops who will close our agencies, it’s the fact that the public authorities which partly fund our agencies would cease to fund them.

ES: OK. Well let’s look at the bigger points at stake here, because you yourself made these suggestions that other voluntary work by churches could be at risk because of what’s been done. Why so?

CMOC: Well I think that we’ve come to a very important point here. Over centuries in this country voluntary agencies, particularly the churches, have contributed to the common good in many different ways: in education, in health care, in adoption services. And now the government, the state, for good reasons have taken over a lot of that work. But the voluntary services have continued in different ways to contribute to the common good in that public space. And helped by the government, who’ve been very glad of that. It would be a great pity, in my view, if people weren’t able to act according to their conscience, for the sake of the common good in our country. It would be a lack of freedom for religious [interrupted]

ES: But is there any sign of that happening, really?

CMOC: Well in this precise case it is happening. Here the Catholic Church and its adoption services are wishing to act according to its principles and conscience and the government are saying no we won’t allow you to. You have no space, you have no place in the public life of this country. Now that seems to me to be just one step and there will be further ones.

ES: I was just going to quote you something the Anglican Bishop of Durham, Dr Tom Wright, said yesterday. He said: “The idea that New Labour could come up with a new morality which enforces on the Catholic Church after 2,000 years, I’m sorry this is amazing arrogance on the part of the government.” Would you associate yourself with that remark?

CMOC: All I would say is that there is legislation and legislation and some legislation, however well intended, in fact does create a new kind of morality, a new kind of norm. As this does. The legislation about the adoption by homosexual people of children. It seems to me that you are having a new norm for what marriage is because I think that normally children should be brought up by a father and a mother. And I think we hold that that’s extremely important. And while we’re not trying to say the government, clearly the government has a right to legislate and homosexual couples also are able to adopt in other agencies. But we want to hold on to this principle.

ES: I suspect a lot of people listening to this will say that you are being alarmist. There’s one particular issue which you have fought a battle on and lost on. But to expand that to talk in terms of the government imposing new moral norms on the church – is that really justified people, I think, will ask, by what’s happened?

CMOC: I don’t think the government intends to do this. But I think that there’s a sense that in this particular issue it does want to say everyone’s going to agree whatever their religion, whatever their convictions, to this particular aspect of adoption and those who are to be adopted. I don’t see why the Catholic community and its agencies cannot hold to its Catholic principles, continue its marvellous work for children and, after al, children are at the heart of this, needy children who need a father and a mother and I don’t see why we shouldn’t be able to continue.

ES: I suppose one thing that other people might say is that it is the government’s job to reflect changes in moral standards in society as a whole. Most people in this country, one would imagine from the evidence, do not want to see discrimination against gay people. And this legislation is merely a reflection of that – the government doing its job.

CMOC: Let me be clear, the Catholic Church does not want to discriminate against gay people and they should be held in respect and sensitivity. This is something much more in our convictions, not so much about gay people but about marriage, about the complementarity of a man and woman, about the need for children to be brought up by a family. So it’s not the other and that should be very clear.

ES: Recently you went to war with the government on the question of faith schools. You objected to the idea that there should be a quota of children from other faiths or no faith at all imposed on schools. And you won that battle. Do you have a sense of being in a kind of war with the state at the moment?

CMOC: I think that it ought to be clear that an important part of our Catholic tradition is to work constructively with government in a respectful cooperation in which we both act with confidence and integrity and both want the common good for everyone. The government does, so does the Catholic Church. There should be ways in which we can act, continue to act, with respect, with cooperation together.

ES: Do you not think the government is doing that at the moment?

CMOC: Well, in this particular case of course there’s a very real difficulty. I don’t see why the government shouldn’t let us continue our good work. We’re not, as it were, not offending anything and we’re not being, we are just trying to act for the common good, for the sake of children, according to our principles.

ES: Cardinal Cormac Murphy-O’Connor, many thanks 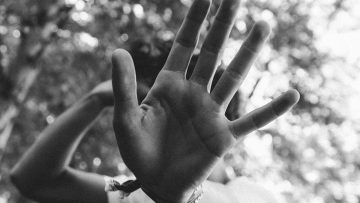