Cardinal: Recognise that we are part of the ‘chain of supply and demand’ that enslaves victims of human trafficking 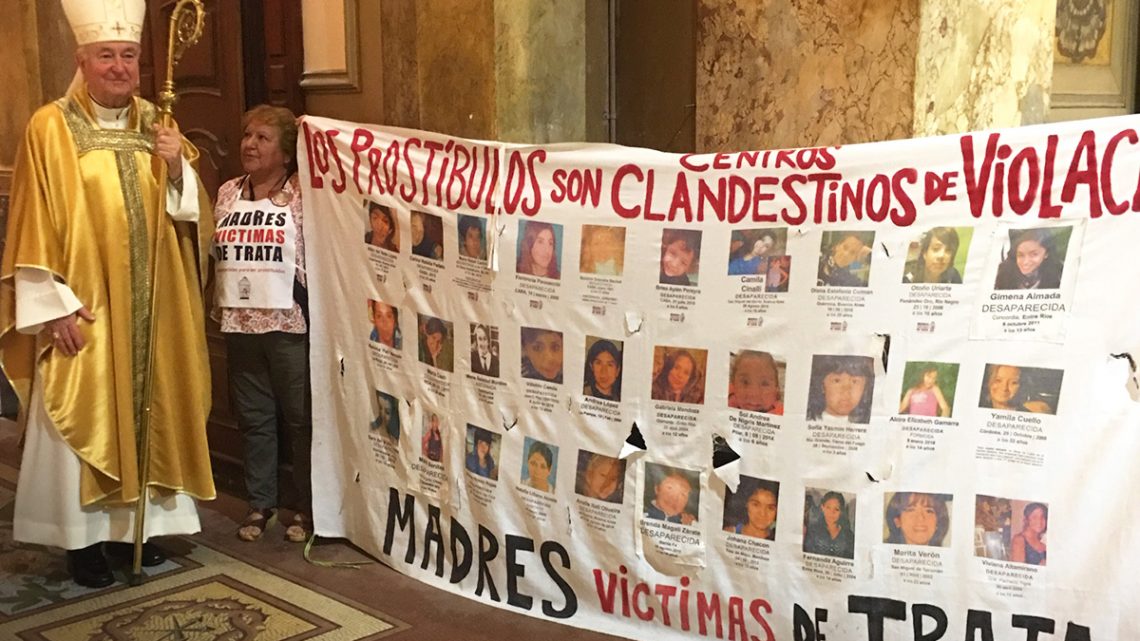 CBCEW » Trafficking » » Cardinal: Recognise that we are par...

Cardinal Vincent Nichols has preached a homily in Argentina’s capital Buenos Aires highlighting how close we stand to the scourge of human trafficking by being “part of the demand met by modern day slaves”.

Talking of the victims of this abhorrent crime, Cardinal Nichols said:

“Their fate is not distant from us. We have to recognise how we too are part of the dynamics of life which lead to their captivity.

“In one way or another we are part of the chain of supply and demand that results in their enslavement. We want cheaper goods, illegal or immoral pleasure, cheap services for our bodies or for our cars. We are part of the demand met by modern day slaves, part of the processes by which this slavery is one of the most profitable criminal activities in the world.”

He is in Buenos Aires attending a regional conference of the Santa Marta Group hosted by partners in Argentina from 8 – 11 February. It is titled Latin American Meeting on New Slavery and Human Trafficking “Together against Trafficking in Persons”.

The Cardinal gave his first address by way of a homily at a Mass in the Catedral Metropolitana de Buenos Aires on 8 February – the feast day of St Josephine Bakhita.

Josephine Bakhita is a Sudanese saint born in Darfur in 1869 who was kidnapped at the age of nine and sold into slavery. Flogging and maltreatment were part of her daily life and she experienced the moral and physical humiliations associated with slavery.

St Bakhita is, fittingly, the patron saint of victims of human trafficking and Cardinal Nichols spoke of how she points us towards Christ:

“As we today confront the horror of slavery, St Josephine points us always to the person of Jesus. In Him we see the deeper reality of human trafficking.

“Pope Francis uses two phrases to describe it. He says: ‘It is a wound in the flesh of humanity.’ But then he adds, ‘It is a great wound in the body of Christ.’ In this way we too see human trafficking not only as a disgrace to our humanity but also as a disfiguring of Christ himself.

“The voice of its victims, just like the victims of childhood abuse, is the voice of Jesus crying out to us. We have to learn, again and again, how to truly listen to that cry, how to let it enter our hearts. That is not easy because we are constantly protecting ourselves with excuses and competing demands. But, again as Pope Francis has said, this tragedy will never be defeated until we have learned again how to weep.”

You can read the full text of the Cardinal’s homily: