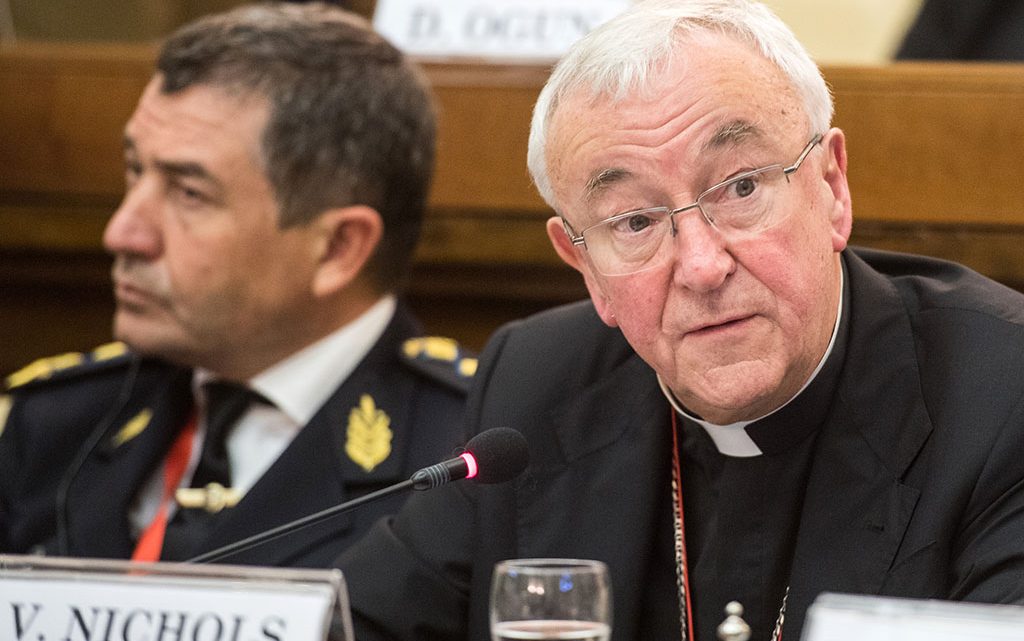 The international ‘Santa Marta’ conference, meeting in the Vatican on 8 and 9 February, brings together Catholic leaders and law enforcement officials to coordinate efforts on combatting modern slavery

Churches, governments, police and business leaders must do more to tackle the growing phenomenon of human trafficking. That’s the view of English Cardinal Vincent Nichols of Westminster, who is in the Vatican this week for a meeting of the ‘Santa Marta’ group on combatting modern slavery and trafficking.

Church leaders and heads of police departments from over 30 countries are attending the meeting, which will conclude with a papal audience on Friday. The two-day encounter opened on Thursday, February 8th, the feast day of St Josephine Bakhita, a Sudanese slave girl who was named the patron saint of the Church’s anti-slavery movement.

Cardinal Nichols, who heads the Bishops Conference of England and Wales, recently convened a panel of experts as part of an investigation into the problem of trafficking in the UK. The report found that while Britain is a world leader in anti-trafficking legislation, there is still much work to be done in supporting survivors and prosecuting the traffickers.

Cardinal Nichols talked to us about his concerns and about the achievements of the international Santa Marta group over the past five years.

He says there is an increased awareness of this phenomenon, so the meetings have moved from defining the problem and building to trust, to discussing more effective action and partnerships.

Migrants at risk of human trafficking

Reflecting on attitudes of people who believe that trafficking is not a problem that concerns them, the cardinal says we have an overload of information, but it’s essential to focus on the faces of the victims and survivors of trafficking. “If you get your car washed for £5 and there are 3 or 4 guys doing it, you can be pretty sure they’re working under conditions of modern day slavery”, he says.

Focus on faces of victims

He cites a middle-aged Afghan woman he met in London who had spent the last 30 years in domestic slavery and was forced to sleep under the kitchen table. “That was the only privacy she had, and that’s today, that’s in London and that’s in our midst”, he says, adding that “when you put a face to what’s happening, then its impact begins to touch your heart”.

Track down the traffickers

Commenting on efforts to eradicate trafficking in the UK, Cardinal Nichols says “there is some disappointment that the police action is not as consistent and not as thorough as it could be”. The recent investigation he took part in calls on local police authorities to step up practical efforts, not criminalizing the victims, but using their information “to track down the real criminals”.

Take profit out of trafficking

Trafficking, the cardinal continues, is a “hugely profitable crime and to break it we have to take the profit out of it” at both local level and through financial institutions and businesses. Profit is a good motive, says, but it must be “ethical profit and not at cost of human dignity”. Younger people, he adds, are beginning to boycott shops whose products are the result of slave labour.

Cardinal Nichols says he will be thanking the pope for his leadership and asking him to keep up efforts “to remind governments of their duties, business leaders of their duties, and encouraging local communities to become more aware of this deep wound in the body of humanity”.