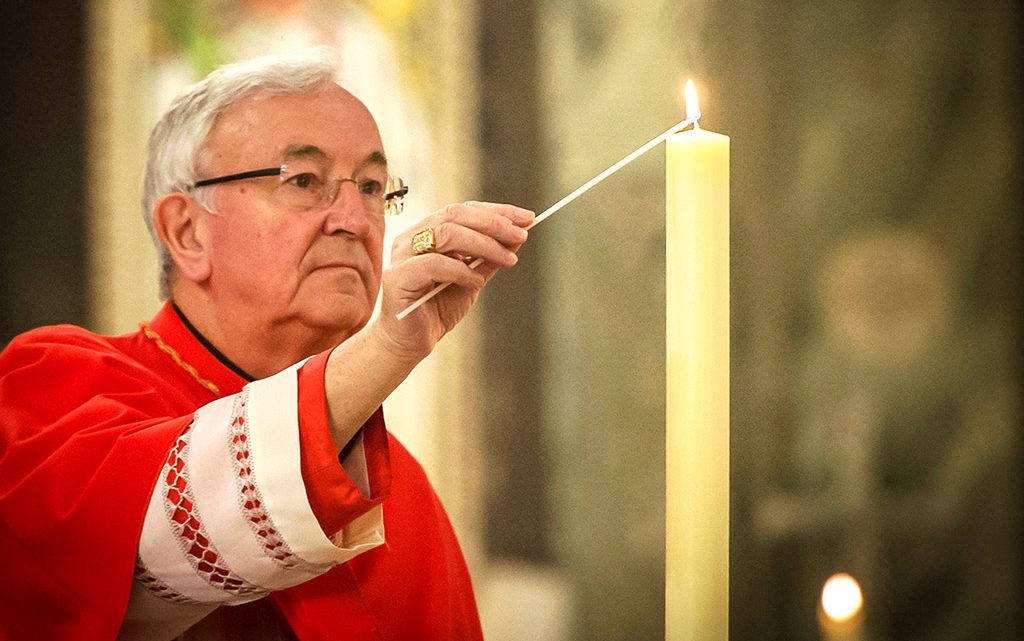 President of the Bishops’ Conference, Cardinal Vincent Nichols, has expressed his “shock and dismay” at the horrific attack at Manchester Arena on Monday, 22 May 2017.

My shock and dismay at the horrendous killing of young and innocent people in the Manchester Arena, last night, is I know, shared by all people of good will.

I know too that Catholics and many others will be praying earnestly for those who have been killed, for the bereaved and for grieving loved ones.

We pray in support of all those working so hard in response to this tragedy; the police and security forces, hospital staff, neighbours and friends and for all the people of Manchester.

May God, in His mercy, strengthen and sustain us and keep us firmly united in the face of all evil.

Statement from the Bishop of Salford on the Manchester Arena attack