This morning, Thursday 10 November, Cardinal Cormac Murphy-O’Connor, appeared on The Chris Evans Show on BBC Radio 2. His reflection focuses on “a good death”. The key, he suggests, is to try to live a good life.

There was a very old priest and he was dying. Around his bed were a few young seminarians looking very recollected and prayerful. The old man looked up, opened an eye and said in a weak voice, Open the drawer at the foot of the cupboard, which one of them did and when he opened it, in the drawer was a bottle of champagne and some glasses. He was told to fill them up, which he did, passed them round and then wondered what to do. The old man opened his other eye and said, What about me? So they gave him a glass. Then he said to them, I have lived a very happy life. I want you to drink with me to a happy death and, five minutes later he died. But you see, he had spent a life-time coming to terms with the old enemy, death, and did not fear it but in some way embraced it.

You may say, why is the Cardinal talking about such a gloomy subject? Naturally, most of us in some way are in revolt at the prospect of dying. We put it at the back of our minds. But I want to say to you two things. Firstly, I believe in the value and dignity of every human person – that means you. And secondly, I believe that everyone is lovable in the eyes of God. In spite of all our weaknesses and failures, God loves us and so death must be of a piece with life. With the help of God I hope I will be able to face it, not with fear but with hope and confidence as being in the hands of God.

Of course, this is on my mind because this is the month of November and tomorrow is Remembrance Day when we think of all those who sacrificed their lives in the service of their country. But I also think in a wider sphere of all those: family, friends and people who I have lost. I know that all of them in different ways have tried to live a good life and have made sacrifices in order to help their families and others. So I think, quite simply, that the way to have a good death is to try to live a good life. 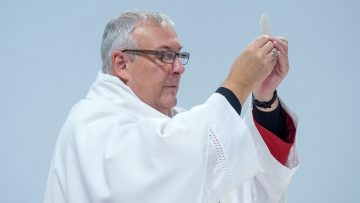 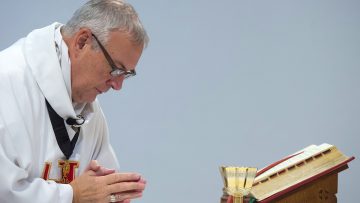