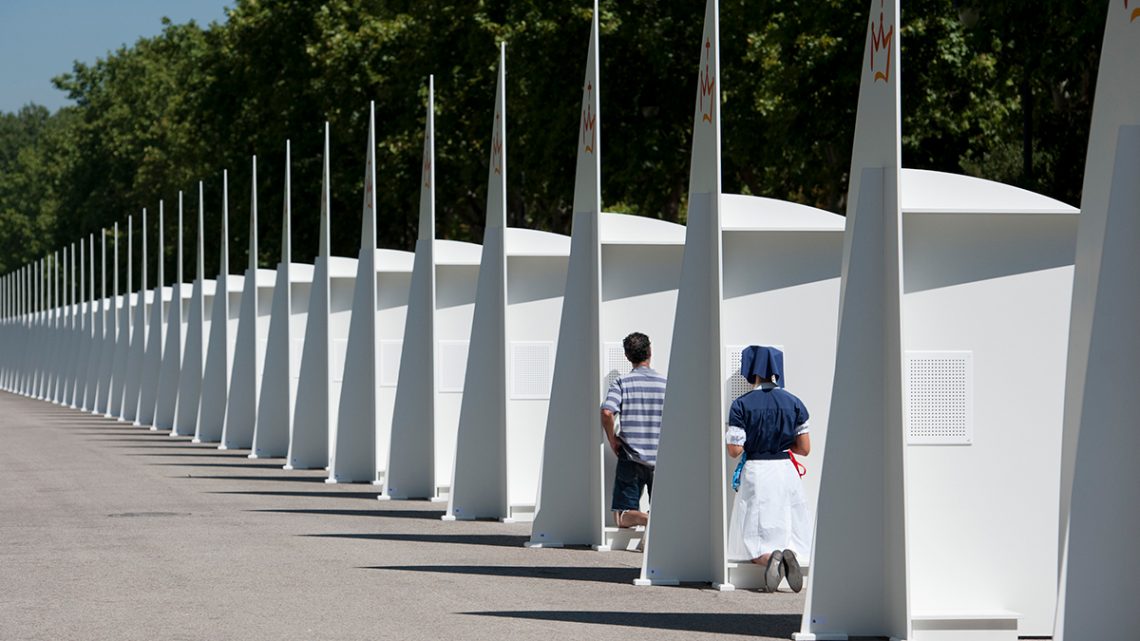 CBCEW » Confession » » A new outlook on confession, the sa...

Confession is a “sacrament of joy”, indeed a “feast”, in Heaven and on earth. On Tuesday, September 14, in the stadium of Košice, it was as if Pope Francis were looking into the eyes of each of the young people who had come to welcome him, in order to invite them to live the sacrament of penance in a new way. And what the Pope said to them was comforting, not only for those present, but for anyone who followed that meeting on television or on the internet, and even those who simply read the papal address.

It is not the sacrament, scarcely frequented these days, that is changing. What the Pope proposes is a completely different outlook on confession, different from the experience of so many Christians and different from a certain historical legacy.

First of all, the Pope indicated that within the sacrament lies “the remedy” for the moments in life when we are down. And to the question of a young lady, Petra, who asked him how her peers could “overcome the obstacles on the path to God’s mercy”, he responded with another question: “If I ask you: what do you think about when you go to confession? I am almost certain of the answer: sins. But are sins really the focus of confession? Does God want you to approach Him by thinking about you, your sins, or about Him?”

The Christian way, Pope Francis had said two days earlier in Budapest, begins with taking a step backward, with removing oneself from the center to make room for God. This same criterion, this same outlook, applied to confession, can provoke a smaller or greater Copernican revolution in the life of each person: I am no longer at the center of the sacrament of penance, humiliated with my list of sins — perhaps always the same ones — to be told with difficulty to the priest. At the center is the encounter with God who welcomes, embraces, forgives, raises up.

“One does not go to confession,” the Pope explained to the young people, “as chastised people who must humble themselves, but as children who run to receive the Father’s embrace. And the Father lifts us up in every situation, He forgives our every sin. Hear this well: God always forgives! Do you understand? God always forgives!” One is not going to a judge to settle accounts, but “to Jesus who loves me and heals me”.

Pope Francis advised priests to “feel” in God’s place: “Let them feel themselves to be in the place of God the Father who always forgives and embraces and welcomes. Let us give God first place in confession. If God, if He, is the protagonist, everything becomes beautiful, and confessing becomes the Sacrament of joy. Yes, of joy: not of fear and judgment, but of joy”.

The new outlook on the sacrament of penance proposed by the Pope, therefore, asks us not to remain prisoners of shame for our sins — shame which “is a good thing” — but to overcome it, because “God is never ashamed of you. He loves you right there, where you are ashamed of yourself. And He loves you, always”. To those who still cannot forgive themselves, believing that not even God can do it “because I will always fall into the same sins”, Pope Francis says, “When does God take offence? When you go to ask Him for forgiveness? No, never. God suffers when we think He can’t forgive us, because it is like telling Him, ‘You are weak in love!’ Instead, God rejoices in forgiving us, every time. When He raises us up, He believes in us as He did the first time, He does not get discouraged. We are the ones who are discouraged, He is not. He does not see sinners to label, but children to love. He does not see people who have erred, but beloved children; wounded, perhaps; and then He has even more compassion and tenderness. And every time we confess — never forget this — there is a celebration in Heaven. May it be the same on earth!”

From shame to celebration, from humiliation to joy. This does not come from Pope Francis, but from the Gospel, where we read of the father who anxiously awaits his sinful son, constantly scanning the horizon, and even before the son has time to humble himself by meticulously detailing all his faults, he embraces him, lifts him up and celebrates with him and for him.