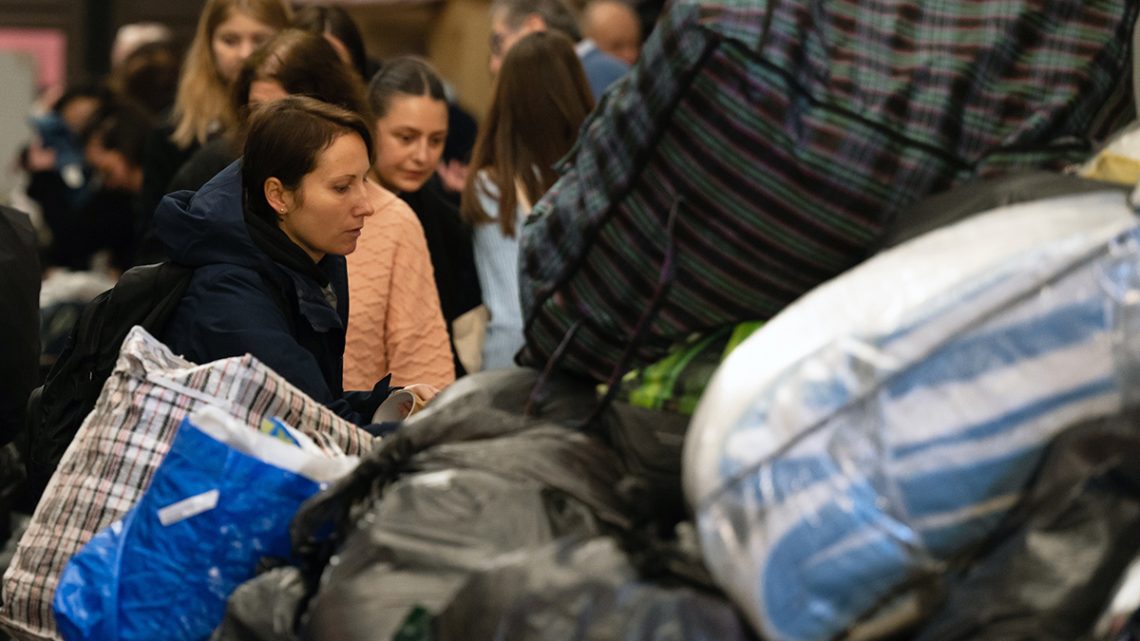 In service of a mission of peace, Pope Francis has announced that he has sent two Cardinals to Ukraine as an expression of the Church’s solidarity with the suffering people of the eastern European country.

Polish Cardinal Konrad Krajewski, the Almoner of His Holiness, the Pope’s official almsgiver, has departed for the border between Poland and Ukraine. He will visit refugees and volunteers in shelters and homes.

Meanwhile, Cardinal Michael Czerny, the Prefect ad interim of the Dicastery for Promoting Integral Human Development, is heading to Hungary to visit reception centres for migrants crossing the border. He is scheduled to arrive on Tuesday, 8 March.

Both Cardinals are directed to Ukraine and, depending on the situation, they intend to reach the country in the coming days.

The Cardinals will bring aid to the needy and serve as “the presence not only of the Pope, but of all the Christian people who express solidarity with the people of Ukraine and say: ‘War is madness! Stop, please! Look at this cruelty!’ Rivers of blood and tears are flowing in Ukraine. It is not merely a ‘military operation’, but a war, which sows death, destruction and misery.”

“The number of victims is increasing, as are the people fleeing, especially mothers and children. The need for humanitarian assistance in that troubled country is growing dramatically by the hour.

“I make a heartfelt appeal for humanitarian corridors to be genuinely secured, and for aid to be guaranteed and access facilitated to the besieged areas, in order to offer vital relief to our brothers and sisters oppressed by bombs and fear.

“I thank all those who are taking in refugees. Above all, I implore that the armed attacks cease and that negotiation – and common sense – prevail. And that international law be respected once again!”

This latest action by Pope Francis is meant to also call attention to the many similar situations throughout the world. As the Holy Father said on the previous Sunday:

“With a heart broken by what is happening in Ukraine – let us not forget the wars in other parts of the world, such as Yemen, Syria, Ethiopia. I repeat: put down your weapons! God is with the peacemakers, not with those who use violence.” (Angelus, 27 February).

The Holy See has said that Cardinal Czerny will continue drawing the sad similarity between the Ukrainians’ sufferings and the protracted conflicts that no longer attract the world’s attention. In addition, he will raise concern that African and Asian residents in Ukraine, also suffering fear and displacement be allowed to seek refuge without discrimination.

There are also alarming reports of increasing activities of human trafficking and smuggling of migrants at the borders and in the neighboring countries. Since most of the people fleeing are believers, he will affirm that religious assistance should be offered to everyone, with sensitivity to ecumenical and interfaith differences. Finally, throughout the praiseworthy efforts to offer humanitarian responses and organise humanitarian corridors, there is great need for coordination, good organisation and shared strategy, in order to embrace people’s sufferings and provide effective relief.