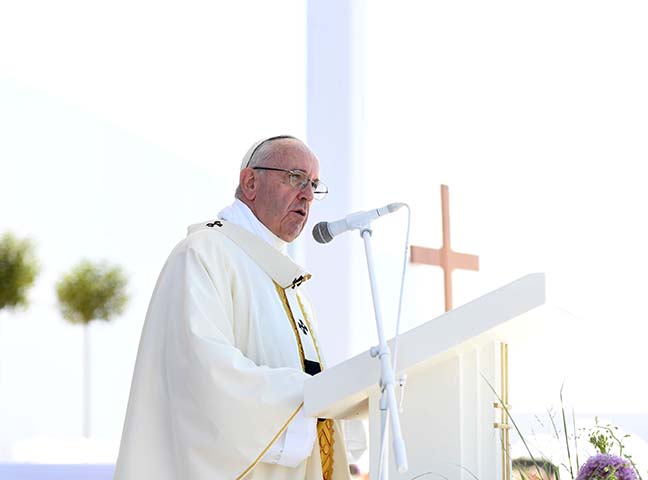 The latest innovation is that, as from Sunday 8th January, there will be a second, “urgent action” intention each month. The Pope will announce it each month at the Sunday Angelus, with the hope that all the faithful will join in prayer for his urgent concerns and challenges, and with the desire that these intentions will lead to rapid action in response.

Pope Francis announced his first “urgent action” intention on Sunday for homeless people, especially during the cold winter weather. “During these very cold days, I think of and I invite you to think of all the people who live on the streets, affected by the cold and many times by indifference,” he said. “Unfortunately some didn’t make it. Let us pray for them, and let us ask the Lord to warm our hearts so as to be able to help them”.

The idea is that through praying for the intentions our hearts are opened up to the possibility of real, concrete charity and mercy; or, in a word, action. Pope Francis, informing his Network about these changes at the turn of the year, made it clear that he sees these urgent intentions as a way of “breaking us out of the culture of indifference”.

The Monthly Intention for January 2017, already proposed by the Prayer Network here, is for Christian unity: “that all Christians may be faithful to the Lord’s teaching by striving with prayer and fraternal charity to restore ecclesial communion and by collaborating to meet the challenges facing humanity.”

Speaking in Rome yesterday, the International Director of the Pope’s Prayer Network, Fr.Frederic Fornos SJ, reflected that the Pope’s urgent intention is a way of confronting that “culture of indifference” by drawing attention and prayer to situations that are “more concrete, precise, current (and) related to actual circumstances.” In London, the UK National Director, Fr David Stewart SJ, echoed this thought, noting that “It’s got to come from the heart; just one of the reasons why the Apostleship of Prayer has always included a daily offering prayer to Christ’s heart. These intentions, inspired by the great concerns of our time, are what is in the Pope’s heart, in his own prayer, in which he invites us all to join him”.

Each month the Prayer Network will continue to promote these intentions for Britain, a monthly reflection and a few suggestions for prayer appear each month on popesglobalprayer.net. See also the new online App, including these intentions and daily offering prayers that change each day on jesuit.org.uk. Other resources, prayer-cards, a monthly calendar and Living Prayer booklets, can be found on jesuit.org.uk/pray-pope-throughout-2017