Safeguarding in the Church today 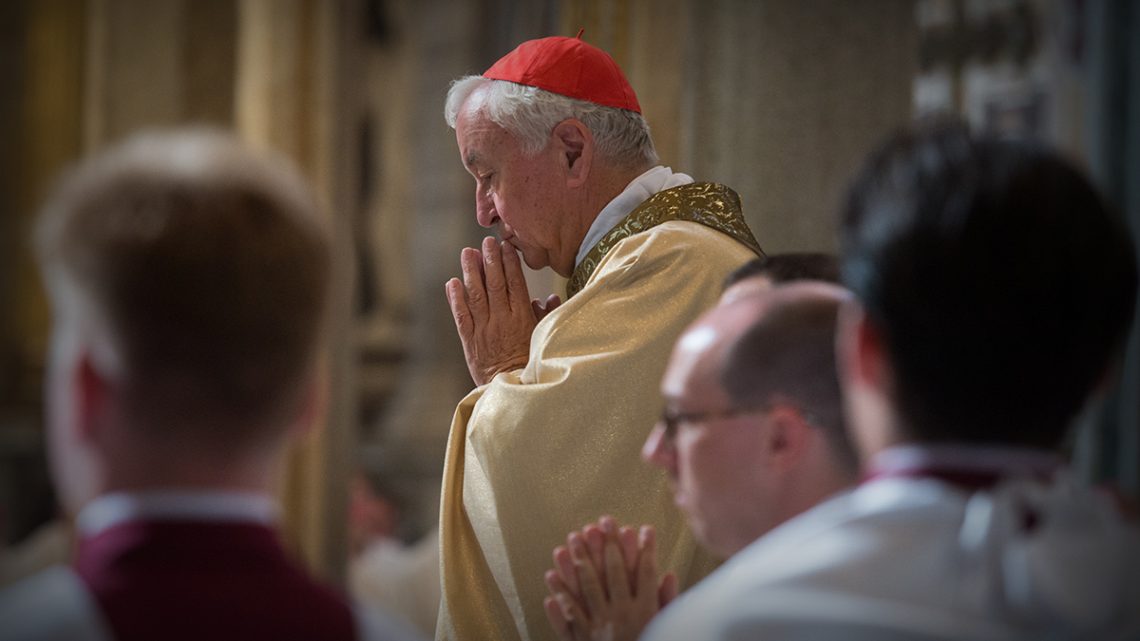 Cardinal Vincent Nichols, Archbishop of Westminster and President of the Catholic Bishops’ Conference of England and Wales writes to highlight the context and primacy of the Church’s safeguarding work:

In the last twenty years or so, the evil of the sexual abuse of children in the Catholic Church has been laid bare. This abuse is both deeply damaging to all those who have been its victims and a scandal against the faith we strive to proclaim.

From 28 October to 8 November, the Independent Inquiry into Child Sexual Abuse, established by the Government, will turn its attention to the present situation in the Catholic Church in England and Wales. As you may know, it has already investigated and reported on the Archdiocese of Birmingham and on the English Benedictine abbeys of Downside and Ampleforth. A further report concerning Ealing Abbey will be published imminently. These reports have made clear the extent of failures in the Church and, more importantly, the lasting damage to all those who are survivors of childhood sexual abuse.

On 6 November, I will give oral evidence to the Inquiry. I will do so as President of the Bishops’ Conference of England and Wales. I write these words now in order to provide some context within which you can follow these proceedings and whatever publicity may follow.

In the first place, appearing before the Inquiry will enable me to offer again an unreserved apology to all who have suffered in the context of the Catholic Church and to express my profound regret at all that has taken place. It will also enable me to offer assurance of our willingness to learn further lessons about how to improve and strengthen our response to those who have suffered and our work of safeguarding.

In the context of our willingness to learn from the rigour of this scrutiny, I am also able to present an account of our current work in safeguarding and the improvements which we are undertaking at this time.

Since the independent Report of Lord Nolan in 2001, we have endeavoured to build a culture of safeguarding within our parishes and religious communities. In our parishes there are Parish Safeguarding Representatives; in this diocese, as in every diocese, there is a Safeguarding Coordinator and a Diocesan Safeguarding Commission, composed of experts in the main disciplines needed for effective safeguarding. This Commission takes the lead in handling every allegation of abuse, whether from the distant past or the present day. In doing so they follow nationally agreed protocols, including the swift reporting of allegations to the statutory authorities. There are also protocols to be followed if allegations of abusive behaviour or gross negligence are made against a bishop or leader of a religious congregation. We have an established National Catholic Safeguarding Commission with a strong majority membership of experts, who are independent of the authority structures of the Catholic Church. Much has been achieved. Much is to be learned.

I will also be able to give evidence about more recent steps we have taken, including my participation in the meeting in February in Rome which brought together the President of every Bishops’ Conference around the world to study closely aspects of the Protection of Minors in the Church. In written evidence to IICSA I have also offered evidence about the role of the Survivors Advisory Panel which the NCSC has established so that the voice of survivors can have a significant role in shaping our understanding and responses to abuse. I have also written about the three day meeting which the Bishops of England and Wales held with survivors of childhood sexual abuse in the spring. During that meeting we listened, learned and developed together an understanding of the deep and lasting damage that has been done. I have given, below, a link to a statement I made shortly after that meeting. I have also been able to put before the Inquiry the steps we have taken to establish a system of audit of the work of every Diocesan Safeguarding Office and the fact that our National Catholic Safeguarding Commission has itself initiated an independent review of all our work and structures.

The Independent Inquiry will scrutinise all these matters. It will, in due course, make recommendations covering many, if not all, aspects of safeguarding in the Catholic Church. I am sure that this scrutiny will be wide-ranging, and will include comment on the consistency with which our procedures are followed, the effectiveness of our record keeping, the quality of training we offer, the relationship between religious orders and dioceses and many other matters besides. All of this will take place in the context of our record of failures as well as our achievements All of this will, quite properly, give importance to the voice and experience of survivors.

I hope these few comments help you to understand what will happen in these coming weeks.

All this makes perfectly clear that, as a Church, we share in the sinfulness of humanity. This we know. Yet we also know that Christ came to bear the weight of that sinfulness on the cross. He alone can redeem us from it. He does so by his suffering, death and resurrection. Only by being close to him can his healing become a reality. With prayer and penance, this time can become, even if only slowly and painfully, a deep purification for our community. Then we may be more faithful to the great gift of faith we have received and more credible witnesses to the mercy and healing it can bring.

Please keep in your prayers all who are involved in this period of the Inquiry.

More importantly, remember in prayer those who carry the heavy burden of childhood abuse every day of their lives.

Statement: Trustees of the Diocese of Portsmouth

Cardinal to abuse survivors: I’m very sorry and distressed that this damage was done to you and done in our name