In the Encyclical Letter Fratelli Tutti I expressed a concern and a desire, which still occupy an important place in my heart:

Once this health crisis passes, our worst response would be to plunge even more deeply into feverish consumerism and new forms of egotistic self-preservation. God willing, after all this, we will think no longer in terms of “them” and “those”, but only “us”. (Fratelli tutti, 35).

That is why I decided to title my message for the 107th World Migrant and Refugee Day “Towards an ever wider we”, wishing in this way to indicate a clear horizon for our common journey in this world.

It is an indication present in God’s own creative project. “God created man in his image; in the divine image he created him; male and female he created them. God blessed them, saying: ‘Be fertile and multiply.’” (Gen 1:27-28). God created us male and female, different and complementary beings to conform an us destined to become greater and greater with the multiplication of generations. God created us in His image, in the image of the Trinity, three persons and one nature, communion in diversity.

And when, because of his disobedience, the human being turned away from God, He, in His mercy, wanted to offer a path of reconciliation not to an individual, but to a people, to an us chosen and preordained to include the whole human family, all peoples: “Behold, God’s dwelling is with the human race. He will dwell with them and they will be his people 4 and God himself will always be with them (as their God).” (Rev 21:3).

Salvation history sees an us at the beginning and an us at the end, a humanity united in Jesus Christ “that they may all be one” (Jn 17:21). The present time, however, reveals to us that the us willed by God is broken and fragmented, wounded and disfigured. And this is even before the pandemic, though the latter has revealed this truth to us in all its horror. Closed, exasperated, resentful, and aggressive nationalisms (cf. Fratelli tutti, 11) and radical individualism (cf. Fratelli tutti, 105) are crumbling the us willed by God, both in the “world” and within the Church. And the highest price is paid by those who can most easily become the other: foreigners, migrants, the marginalized, all inhabitants of the existential peripheries.

For this reason I would like to take advantage of this happy occasion to launch a double appeal to walk together towards an ever wider us, one addressed to the Catholic faithful and one addressed to all the men and women of the world.

For the Catholic faithful, this appeal translates into a commitment to make the Church ever more Catholic, realizing what Saint Paul recommended to the community of Ephesus: “one body and one Spirit, as you were also called to the one hope of your call; one Lord, one faith, one baptism.” (Eph 4:4-5).

The catholicity of the Church, her universality, is a reality in the making, which is based on the ability to embrace everyone and everything to make communion in diversity, harmonizing differences without yielding to the temptation of depersonalizing uniformity. In the encounter with the diversity of foreigners, migrants, refugees, in the intercultural dialogue that can arise from this encounter, we are given the opportunity to grow as Church, to enrich one another. Moreover, the Church recognizes full citizenship for all Catholics and puts this citizenship before nationality, which is the result of human constructions. Wherever he or she may be, for whatever reason, every baptized person is by right a member of the local ecclesial community, a member of the one Church, an inhabitant of the one house, a member of the one family.

The Catholic faithful are called to commit themselves to an ever more inclusive Church, following up the mission entrusted by Jesus Christ to the Apostles: “As you go, make this proclamation: ‘The kingdom of heaven is at hand.’ Cure the sick, raise the dead, cleanse lepers, and drive out demons. Without cost you have received; without cost you are to give.” (Mt 10:7-8).

Today the Church is called to go out into the streets of the existential peripheries to heal the wounded and seek out the lost, without prejudice or fear, without proselytism, and then to enlarge her tent to welcome everyone. Among the inhabitants of the existential peripheries we will find many migrants and refugees, displaced persons and victims of trafficking, to whom the Lord wants His love to be manifested and His salvation to be announced:

The current influx of migrants can be seen as a new “frontier” for mission, a privileged opportunity to proclaim Jesus Christ and the Gospel message at home, and to bear concrete witness to the Christian faith in a spirit of charity and profound esteem for other religious communities.  The encounter with migrants and refugees of other denominations and religions represents a fertile ground for the growth of open and enriching ecumenical and interreligious dialogue. (Address to the National Directors of Pastoral Care for Migrants, 22 September 2017).

For all the men and women of the world, my call to walk together towards an ever wider us begins with a heartfelt invitation to recompose the human family, to build together our future of justice and peace, ensuring that no one is left out.

The future of our societies is a future in color, enriched by diversity and intercultural relations. That is why we must learn today to live together in peace and harmony. The image of the people of Jerusalem listening to the proclamation of salvation immediately after Pentecost is particularly dear to me:

We are Parthians, Medes, and Elamites, inhabitants of Mesopotamia, Judea and Cappadocia, Pontus and Asia, Phrygia and Pamphylia, Egypt and the districts of Libya near Cyrene, as well as travelers from Rome, both Jews and converts to Judaism, Cretans and Arabs, yet we hear them speaking in our own tongues of the mighty acts of God. (Acts 2:9-11).

All peoples are united in peace and harmony, celebrating the beauty of life and the wonders of creation. But to achieve this ideal we must all strive to break down the walls that separate us and build bridges that foster a culture of encounter, aware of the intimate interconnectedness of our lives. In this light, contemporary migrations offer us the opportunity to overcome our fears and let ourselves be enriched by diversity. Then, if we want to, we can transform borders into privileged places of encounter, where the miracle of an ever-wider us takes place.

I ask all the men and women of the world to make good use of the gifts that the Lord has entrusted to us to preserve and make even more beautiful His creation. “A nobleman went off to a distant country to obtain the kingship for himself and then to return. He called ten of his servants and gave them ten gold coins and told them, ‘Engage in trade with these until I return.’“ (Luke 19:12-13). The Lord will ask us for an account of our work! But in order to ensure that our common home is properly cared for, we must form an ever-greater “we” that takes its responsibilities seriously, in the profound conviction that every good done to the world is a good done to present and future generations. It is a personal and collective commitment to care for the common house and the common family, taking on all those brothers and sisters who will continue to suffer as we try to realize the dream of an us as great as all humanity. It is a commitment that makes no distinction between natives and foreigners, between owners and guests, because it is a common treasure, from whose care as well as from whose benefits no one should be excluded.

The prophet Joel foretold the messianic future as a time of Spirit-inspired dreams and visions: “I will pour out my spirit upon all mankind. Your sons and daughters shall prophesy, your old men shall dream dreams, your young men shall see visions” (Joel 3:1). This is the time to dream together, “as a single human family, as fellow travelers sharing the same flesh, as children of the same earth which is our common home, each of us bringing the richness of his or her beliefs and convictions, each of us with his or her own voice, brothers and sisters all” (Fratelli Tutti, 8). 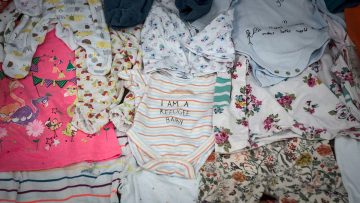 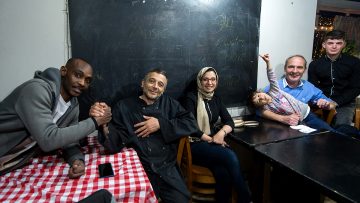 Paul Kelly, project lead for ReSETTLE, talks to us about Community Sponsorship in North Yorkshire. 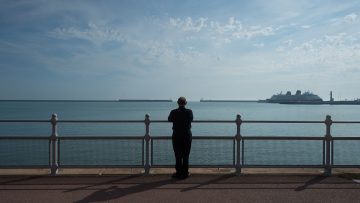 Bishop McAleenan on the Pope's message for the World Day of Migrants and Refugees. 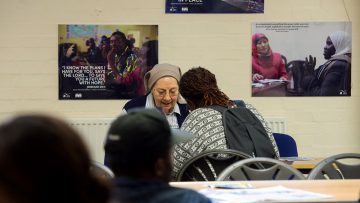