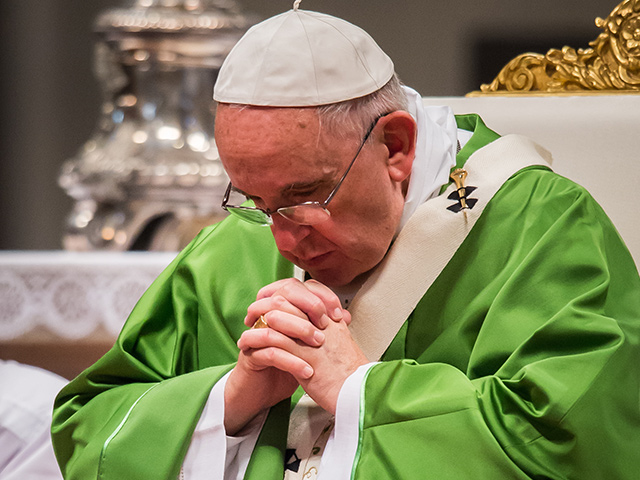 Pope Francis offered prayers for the victims of the Saturday evening terror attacks in London, as well as for the families of the victims.

The prayers of the Holy Father came at the end of Mass on Pentecost Sunday, during the course of remarks to the faithful gathered in St. Peter’s Square, as they prepared to pray the Regina coeli with him.

“May the Holy Spirit grant peace to the whole world,” Pope Francis prayed, “may He heal the wounds of war and of terrorism, which even this [Saturday 3 June] night, in London, struck innocent civilians: let us pray for the victims and their families.”

Seven people are dead and 48 others are injured in London after a van drove into pedestrians on London Bridge, after which the occupants of the vehicle emerged and began stabbing people in Borough Market.

Witness reports say the assailants cried, “This is for Allah,” as they stabbed their victims repeatedly.