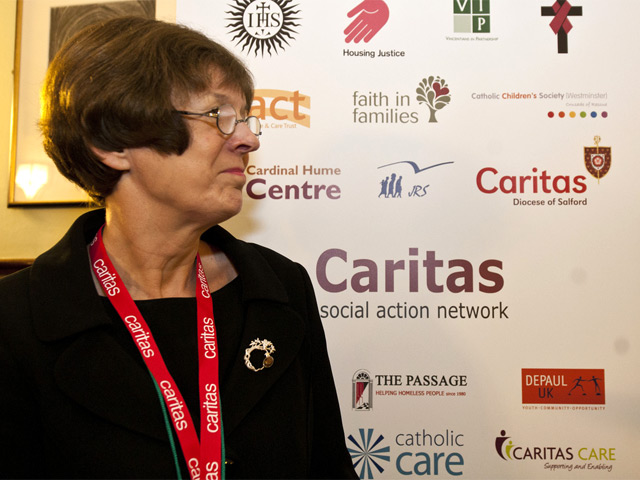 CSAN, the social action arm of the Catholic Church in England and Wales, today welcomed the House of Lords vote to adopt amendments to the government’s Legal Aid Sentencing and Punishment of Offenders Bill, that will protect legal aid for domestic abuse victims.

The amendments, which passed by 238 votes to 201, remove the government’s strict restrictions on the types of evidence that abuse victims will need to provide in order to access legal aid. Research has shown that the restrictions would leave almost half of victims ineligible for support. The government’s proposals did not take of account of evidence such as police attendance at domestic abuse incidents, medical records or testimony from a women’s refuge.

Leading on the amendments Baroness Scotland of Asthal stated that government provisions in the Bill risked turning back the clock in support for domestic abuse victims. The former Attorney General drew attention to a letter signed by ten faith leaders including the Catholic Archbishop of Southwark and Anglican Bishop of Leicester, which highlighted that “Legal aid is nothing short of essential for many victims of domestic abuse to escape the horrendous circumstances that they face. Without this support they would be unable to secure recourse in relation to fundamental issues such as injunctions, housing or access to children, potentially trapping them in a cycle of mistreatment and fear.”

Speaking to the amendment, Baroness Butler-Sloss stated that under the government’s proposed restrictions there is a risk that “a large number of victims will fall through the net”.

Helen O’Brien, Chief Executive of CSAN, the coordinator of the inter-faith letter said, “We are pleased that the House of Lords recognised that vast numbers of women, men and children were at great risk if this Bill was passed un-amended. The acceptance of a wider range of evidence will allow a greater number of victims to escape abuse and provide safer and more stable environments for the three quarters of a million children affected by domestic abuse. We call for the government to accept these amendments when the Bill returns to the Commons.”