On May 24 and 25, 40 bishops, Catholic scholars, and policy specialists from nine countries gathered in London to identify issues that need to be addressed to create the conditions for a world without nuclear weapons, especially largely unexamined theological and moral issues. The meeting, which included a public event as well private meetings, also highlighted policy issues on which religious leaders and ethicists have a comparative advantage or can make a distinctive contribution.

In an effort to support and enhance this religious and moral voice, the Catholic Bishops’ Conference of England and Wales joined The Rt. Hon. the Lord Browne of Ladyton and The Rt. Hon. the Lord McFall of Alcluith, and the University of Notre Dame’s London Global Gateway in hosting this Colloquium on Catholic Approaches to Nuclear Proliferation and Disarmament.

“The technical strategic debate about nuclear proliferation and disarmament is critically important, but it must be guided by moral considerations,” said Cardinal Vincent Nichols (Westminster), President of the Catholic Bishops’ Conference of England and Wales (CBCEW).

“Global leaders are responsible for the security of their citizens, but faith communities have a responsibility to engage when it comes to matters that challenge and threaten our humanity and indeed, our very survival,” said Des Browne, the Rt. Hon. the Lord Browne of Ladyton, who serves as Vice Chairman of the Nuclear Threat Initiative and served as UK Secretary of State for Defence.

“The policy debate is ahead of the moral debate,” noted Bishop Oscar Cantú (Las Cruces), the Chair of the U.S. Bishops’ Committee on International Justice and Peace, in introducing the Colloquium. He added, “We need to educate and empower new generations of Catholic leaders on the ethical and policy arguments for reducing and eliminating nuclear weapons.”

This London Colloquium is connected to a U.S. initiative to revitalize Catholic engagement on nuclear proliferation and disarmament.

At the opening public event, held at the University of Notre Dame’s Global Gateway, Maryann Cusimano Love of The Catholic University of America urged that “the Church and policymakers go beyond the debate on the ethics of nuclear deterrence and consider nuclear disarmament as a challenge of peacebuilding.”

Noting the fact that crucial debates about nuclear weapons are largely confined to elites, Bishop Marc Stenger (Troyes), President of Pax Christi France, emphasized the need for Church leaders “to foster among the general public a broader awareness of the challenges to peace presented by nuclear weapons by providing space for an open dialogue on nuclear deterrence.”

The initiative has included a major Colloquium at Stanford hosted by former Secretary of State George Shultz and former Defense Secretary William Perry (April 2014); a symposium at the U.S. Conference of Catholic Bishops headquarters (September 2014), and public events at the Carnegie Council for Ethics in International Affairs (May 2015) and in Washington tied to the visit of Pope Francis (September 2015). 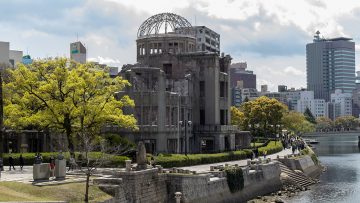 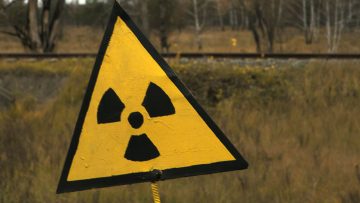 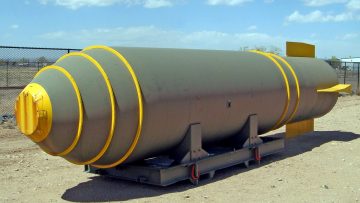