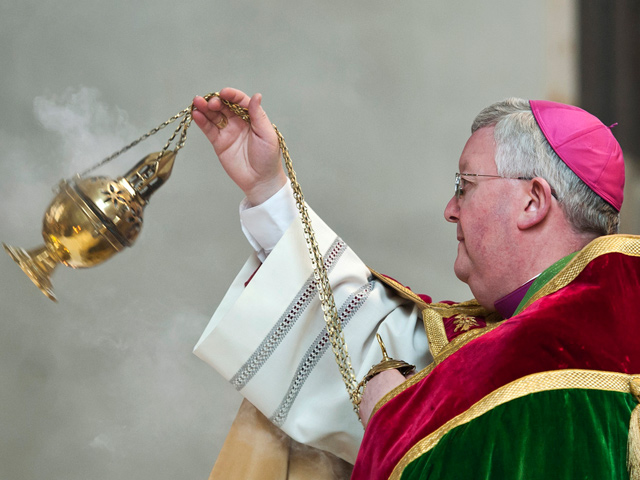 On the occasion of the fifteenth anniversary of the death of Cardinal Basil Hume, Archbishop Longley celebrated a Mass for all those who support and are supported by the work of the Cardinal Hume Centre.

Cardinal Basil Hume set up the Centre in 1986 in response to seeing young homeless people sleeping on the streets around Westminster Cathedral. At its heart is the Benedictine ethos of hospitality.

The former Auxiliary Bishop of Westminster spoke about the late Cardinal’s ability “to awaken a sense of worth and belonging in those whom he met.” He said that Hume had an instinct “to notice what was happening around him” and to look “beyond the surface sometimes in an alarmingly perceptive way.” He attributed something of the Centre’s existence “to the Cardinal’s ability to see what was happening around his own home and Cathedral.”

Although the “times and needs may have changed” since its opening, Archbishop Longley said that the “desire to respond to the Gospel has always found an authentic expression in what happens here.”

He concluded by offering thanks for the late Cardinal’s “insight into human need, and especially the need at his own doorstep.” This insight, he said “has enabled so many young people and families to embrace a new hope and to catch a glimpse of the peace and joy of God’s Kingdom.”

You can download Archbishop Longley’s Homily from the top right hand corner of this page.